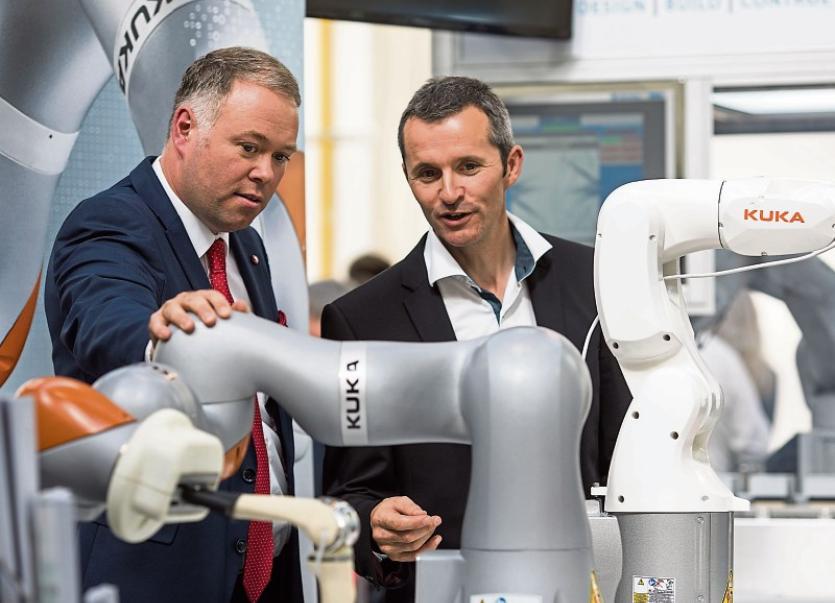 THE UNIVERSITY of Limerick is seeking planning permission for further development at its new €47million research centre at a previously vacant site on the Dublin Road.

The UL Confirm Centre was officially launched earlier this year, with an announcement in May that the project expected to create 100 highly-skilled jobs nationwide by 2020, with 55 of these positions to be created in Limerick.

The unit at the Park Point Complex, close to the main UL campus, had previously been empty for some time, with the development currently occupied by the Travel Lodge Hotel as well as a number of retail warehouse units.

The university is now seeking the change of use at Units 1 and 2 of the complex, from retail warehousing to facilitate educational research, in support of light manufacturing and industrial development, and office space.

The development is also expected to include new mezzanine floors with each unit, a new entrance lobby, elevational changes and associated site works, according to the planning application submitted to Limerick City and County Council.

Confirm has been funded by both the Science Foundation Ireland and industry, to the value of €47 million, making it one of the largest new research and development centres in the country.

The centre will also be supported by 42 industry partners, including technology providers from multinational corporations to the small and medium enterprise (SME) sector across Ireland.

The 55 highly-skilled jobs in Limerick to be created by the ‘smart manufacturing’ research centre are expected to include project and centre managers, administrators, senior research fellows and post doctoral researchers.

Confirm will also be seeking to recruit up to 87 PhD students, in roles to be based both at UL and nationwide.