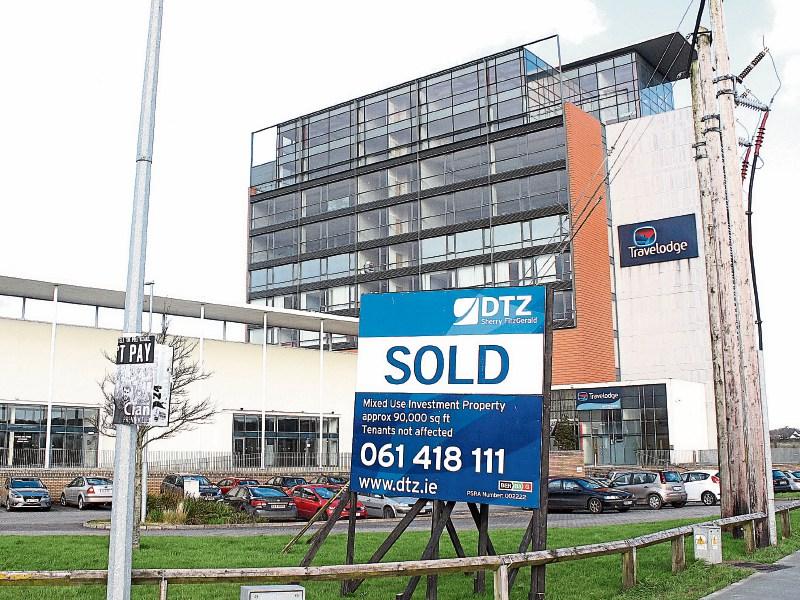 The Park Point complex is home to a Travelodge hotel

THE University of Limerick has confirmed that it has bought the €4m Park Point complex on the Dublin Road, as the company behind the development went into receivership.

The mixed use investment property situated on the edge of Castletroy sold for well in excess of its guide price of €3.5m, fetching in the region of €4.1m.

A number of bids from local and national investors were made through DTZ Sherry FitzGerald, the agents who launched the sale of the property in the last quarter of 2015.

John Buckley of DTZ Sherry FitzGerald said that the property was a strategic purchase on behalf of UL given the property’s location in such close proximity.

UL intends to use the 96,230 sq. ft. complex to further expand its campus facilities. The development is currently occupied by a number of retail warehouse units as well as a Travel Lodge hotel.

Built in 2007 by Cracken Properties and Kelly Developments Ltd, the development at that time was set to provide a new landmark for the city’s boundary, and was designed by the award-winning Limerick architects Michael Healy and Partners.

Developer Joe Hanrahan said at the time: “This is a landmark high quality mixed use development located in an unrivalled established business location” and “will be a unique commercial development”.

Mr Hanrahan had a €24m judgment served against him in the Commercial Court in 2014, arising from loans advanced by Bank of Scotland. His business partner John Shee, of the South Circular Road, whom gardai are pursuing on foot of another commercial judgment, has since moved to the south of France. Gardai have been limited in their powers to extradite him as it's a commercial rather than criminal matter.

Both men were directors of Cracken Properties, with a listed address in Limerick, but a receiver was appointed to the company, which also owned sites in Newcastle West and Ennis, among others in 2012.

While the development was pitched to capitalise on rising business in the Castletroy area, it will now be used to the advantage of UL.

“The University has expanded rapidly in the last 40 years and is now widely regarded as one of the most impressive campuses in Europe, spanning 133 hectares with world-class facilities designed to provide a unique learning environment for our students. The recent launch of our new strategic plan Broadening Horizons aims to build international impact and this new acquisition will help us to do just that," said UL president, Professor Don Barry.

Tadhg Kearney, chairman of Plassey Campus Centre (PCC) Ltd said that the building has been purchased "at a significant discount to the cost of building the equivalent space”.

“This acquisition gives UL a highly visible presence on the Dublin Road and in the view of PCC, presents opportunities for, among other things, student accommodation, conference facilities, indoor sports and recreation, together with storage spaces, hotel accommodation and restaurants.”

The existence of ancillary warehousing and office spaces at Park Point will also offer the potential for UL to continue to provide support for local enterprise and start-up companies, mirroring the current activity of its successful on-campus Nexus Centre in this new adjacent facility, stated a UL spokesperson.

PCC undertakes construction and property works on behalf of UL, its parent company.

It had a turnover of €15.6m in 2014, according to the most recent accounts available.

A subsidiary company manages Thomond Village and Cappavilla Village, and has the option of purchasing them for €33.18m and €34.06m respectively at the end of a ten-year period.

Income arising from the University Concert Hall amounted to €3.3m in 2014.