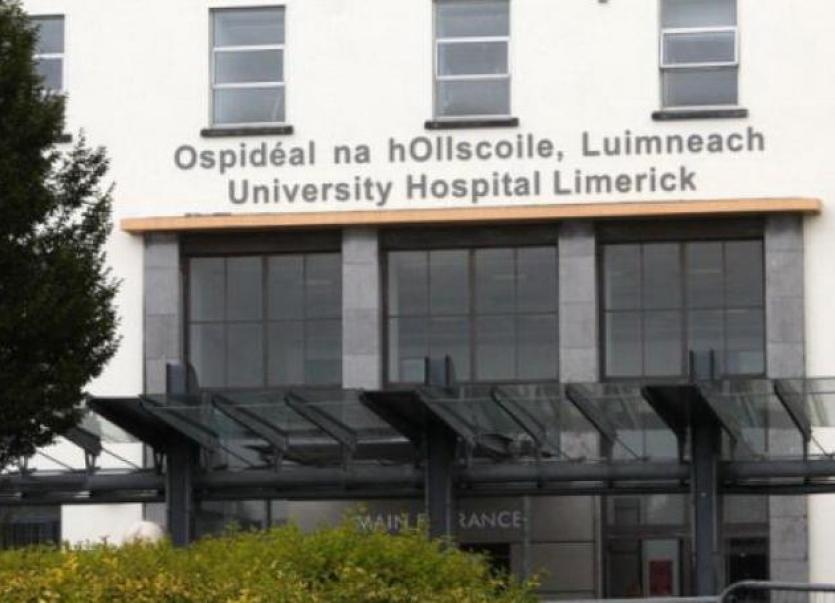 UNIVERSITY Hospital Limerick has isolated “a significant volume” of patients following a severe superbug outbreak over the past two months.

On Thursday afternoon, the UL Hospitals Group announced that it was enforcing strict visitor restrictions in order to manage an outbreak, but did not specify what type of outbreak.

A number of media organisations, including the Limerick Leader, asked the UL Hospitals Group what type of outbreak had occurred.

A spokesperson confirmed at 5.30pm that it was a Carbapenemase Producing Enterobacteriaceae [CPE] outbreak.

There have been 21 new detected cases of CPE at UHL since June, a spokesperson confirmed.

It is possible that 2018 could be the worst year for CPE detections since it was first recorded in 2009, if the outbreak continues at its present rate.

University Hospital Limerick is dealing with a superbug outbreak with 21 new cases detected over the past two months. A significant volume of patients have been isolated and visiting restrictions are currently in place. Serious questions need to be asked about how this happened.

There have been three fatalities associated with CPE since 2009.

CPE is a potentially-lethal superbug that is resistant to antibiotics and, if a patient is infected with the bug, can have a 50% mortality rate.

All 21 patients were colonised and not infected with the superbug. Colonisation means that patients can harmlessly carry the bug without showing any symptoms.

It is understood that there are three CPE-positive patients being treated in isolation at UHL.

A spokesperson for the UL Hospitals Group said “all necessary infection prevention and control measures are in place to manage this current outbreak”.

He said that the measures are necessary “in the interests of patient care”.

TD Maurice Quinlivan has said, given the overcrowded conditions at UHL, the outbreak is a particular concern.

“Minister Harris must take immediate action and open more hospital beds in the Limerick region to help reduce the current overcrowding, to ensure patients are not placed in inappropriate places of UHL during this outbreak of CPE,” he said in a statement this Thursday evening.

A number of measures have been taken to deal with the current outbreak at UHL. They include twice weekly meetings for all affected areas; isolation of all positive patients with “strict high level contact precautions”; screening of CPE contacts for 28 days; and extensive cleaning and decontamination.

“CPE is recognised as being endemic in the Mid-West Region and UL Hospitals Group has developed comprehensive control measures to deal with multidrug resistant organisms,” the spokesperson said.

Meanwhile, findings of an external expert investigation into the deaths of 74 CPE-positive patients at UHL is due to be published in the coming weeks.

It is not known how the spread of CPE since June occurred at UHL.