Limerick councillor hopes to bridge gap for walkers and cyclists 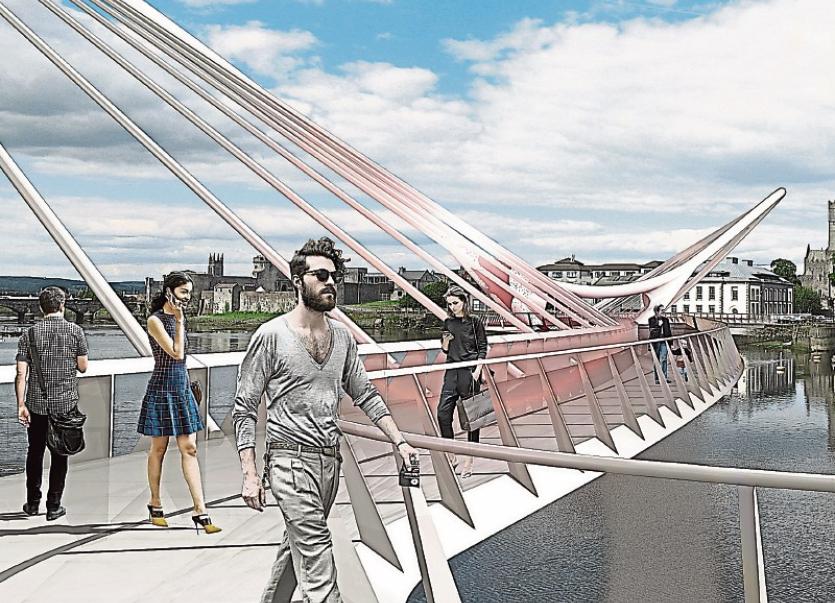 LABOUR councillor Joe Leddin is calling for people’s views on the location of a new pedestrian and cycle bridge over the River Shannon.

The City West member has submitted a notice of motion to the next meeting of Limerick’s metropolitan district asking to get a debate going.

He noted that it is now over 30 years since the last bridges were erected in Limerick in the form of the Sylvester O’Halloran bridge, and the Guinness Bridge.

“Limerick is now one of the last remaining cities not to provide this infrastructure which will improve pedestrian safety and incentivise more people to cycle without the fear of colliding with vehicles on our existing bridges,” Cllr Leddin said.​

But the public should be at the heart of the decision making on this bridge, he said, pointing out controversial plans to build a link between Arthur’s Quay and King John’s Castle did not get off the ground because of the lack of community input.​

“It was very obvious from the previous debacle concerning the construction of a bridge adjacent to Arthur’s Quay and Sarsfield House that both members of the public and the cycling fraternity would very much welcome a bridge albeit in a more suitable location,” Cllr Leddin said.

He suggested O’Callaghan Strand could be linked with Bishop’s Quay or Howley’s Quay.

“Such a bridge would link visitors directly into the new upgraded river quays and be equally accessible between the existing two main bridges namely Sarsfield and Shannon Bridge. Exciting new cycling routes are being developed throughout the country and with funding now available under the €2 billion urban regeneration fund as part of Ireland 2040 plan now is the time to prepare a proposal and design to secure the necessary funding,” he added.

Cllr Leddin added: “Pedestrian bridges contribute enormously towards the creation of an accessible liveable city. With Limerick 2030 plans being progressed, we must deliver the necessary new infrastructure that will improve the attractiveness of Limerick as a place to live, work and visit.”