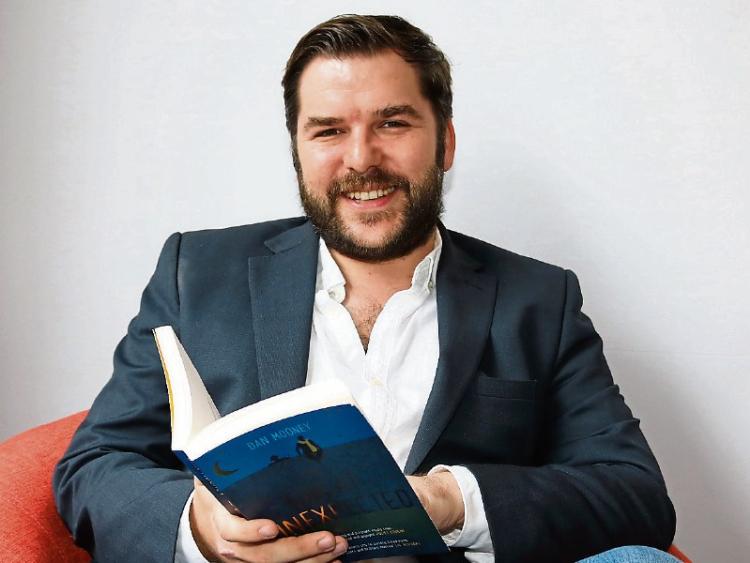 Dan Mooney's second novel, The Great Unexpected, was longlisted in The Guardian's Not The Booker prize

LIMERICK City author Dan Mooney was longlisted in The Guardian newspaper’s highly-regarded Not The Booker prize this year.

The 34-year-old received the mention in the UK publication’s annual longlist for his latest, second novel The Great Unexpected, which was released last Friday.

Have you voted on the Not the Booker prize longlist yet? Help us choose a shortlist before votes close on 6 August! https://t.co/yTJ8oW2fzg

His sophomore work follows his debut novel Me, Myself and Them, which was first self-published in late 2016 and later re-released through Legend Press in early 2017.

The Great Unexpected is an uplifting story about Joel Monroe, a septuagenarian nursing home resident, who wants to end his life with the help of his flamboyant friend Frank Adams.

When his rommate dies and is replaced by the “interloper” Frank Adams — a flowery former actor — Joel’s path to ending his life becomes one of serendipitous adventure.

“Joel has learned the pointlessness of his existence and has decided that this is so utterly pointless. Why am I alive, waiting to die in this nursing home when people just keep on dying? Whereas Frank, who is in the exact same circumstances, enjoys himself,” Dan told the Leader in a recent interview.

“As I was writing Joel and Frank, I kinda fell in love with the two of them, a little bit. So when I was sitting back down to write them, every time was fun. There wasn’t a time I would struggle and wonder what I would do next. Every time I sat down to write, I kinda felt like I was hanging out with Joel and Frank. I loved it because I loved them,” he said.

The Limerick author  didn’t make the final cut as the shortlisted authors were announced this Tuesday. The five nominees are Ariel Kahn, Dervla McTiernan, Naomi Booth, Rebecca Ley and Will Dean.

Dan Mooney has confirmed that he is working on his third novel.