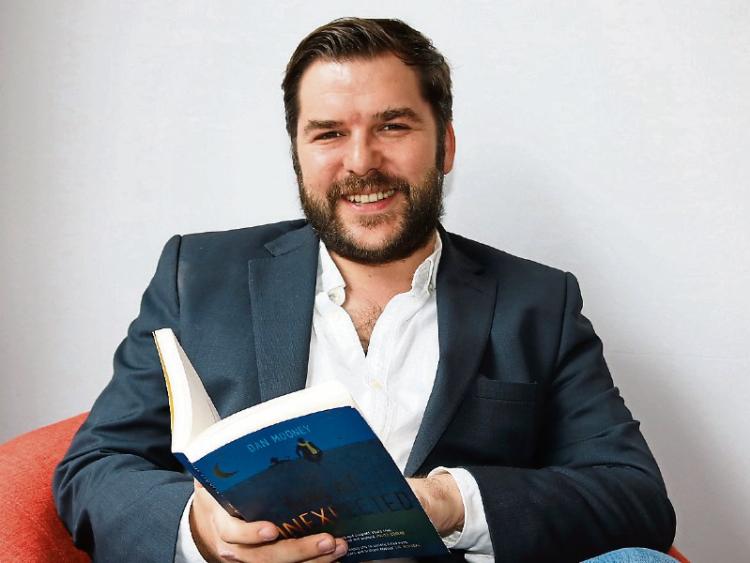 ALBERT Camus once wrote in the 1940s that if you are going to roll the proverbial rock uphill, like the cursed Sisyphus, you either think your existence is pointless, or you actually enjoy rolling rocks uphill.

This sums up the life of Joel Monroe and Frank Adams, the charming, geriatric protagonists in local author Dan Mooney’s promising second novel, The Great Unexpected.

Released on August 15 through Legend Press, Dan’s next installment comes less than two years after he received the Bitmead Bursary award for his self-published Me, Myself and Them, which was then re-released by Legend.

The Great Unexpected is an uplifting story about Joel, a septuagenarian nursing home resident, who wants to end his life with the help of his flamboyant friend Frank. When you write it like that, it’s hard not to make it sound like a dark tale with a twisted, esoteric humour.

Joel holds the familiar traits of a cantankerous old man, who is fed up with being told what to do, when to eat, when to sleep, when to take his meds, and so on. He is equally despondent with the fact that he is surrounded by dying residents, including his late wife Lucey and roommate Miller.

When Miller is replaced by the “interloper” Frank Adams—a flowery former actor—Joel’s path to ending his life becomes one of serendipitous adventure.

“Joel has learned the pointlessness of his existence and has decided that this is so utterly pointless. Why am I alive, waiting to die in this nursing home when people just keep on dying? Whereas Frank, who is in the exact same circumstances, enjoys himself,” Dan says.

“I am saying it’s a comedy because it has funny bits in it, and also I don’t want to frighten people away from the book by saying: ‘It’s a really sad story about a really sad man’, which it kind of is as well. But that was never what it was supposed to be. It is supposed to be uplifting.

There are two types of writers, plotters and pantsers, and Dan is the former.

“We have to know what the story is, start to finish,” he says. “So I plot out the entire story and I have a chapter plan. So, in chapter one, this will happen. In chapter two, this will happen, and so on and so forth. When you start writing, you add stuff to it, and now you have got a story, but it tends to be quite light, because you stuck to the plan. You haven’t given a whole lot of wiggle room for other characters to develop, other traits, for other elements of other stories to be told in it. You just, kind of, stick to this plan.”

And Dan, who lives in the city, had a plot in mind for The Great Unexpected before Legend sent him an email—not long after he was finished with his debut—asking if the 34-year-old had been working on another project.

He wasn’t, but he typed up five one-page summaries of ideas he had conceptualised, including The Great Unexpected.

“After I had sent them these five ideas, I said to myself: ‘God, I really hope they pick that one.’ Because I was ready to start that. I think it was March of last year that I started it. I had my first draft done by July, so three and a bit months.”

At first, it was 82,000 words, but when Park Row Books in New York caught wind of his project and bought the rights for US publication, this extended to 101,000 words.

The idea of ending life works fluidly in tow with Dan’s running theme of elderly neglect and his twist on the dark reality of old age is reflected well in his eccentric depiction of the Hilltop Nursing Home.

“There’s no desire to include the elderly in society, which is one of the running themes throughout. These are adult people who have life experiences and something to offer, and all they want is to not be treated as if they are some problem.”

But despite the grim conflict both characters are facing, he manages to illustrate a youthful exuberance in their personalities that made it enjoyable to depict.

“As I was writing Joel and Frank, I kinda fell in love with the two of them, a little bit. So when I was sitting back down to write them, everytime was fun. There wasn’t a time I would struggle and wonder what I would do next. Everytime I sat down to write, I kinda felt like I was hanging out with Joel and Frank. I loved it because I loved them,” he says.

Dan’s key phrase when plugging the book has been: “I absolutely cannot wait for people to meet Joel and Frank.”

The Great Unexpected will be launched at O’Mahoney’s on August 14.