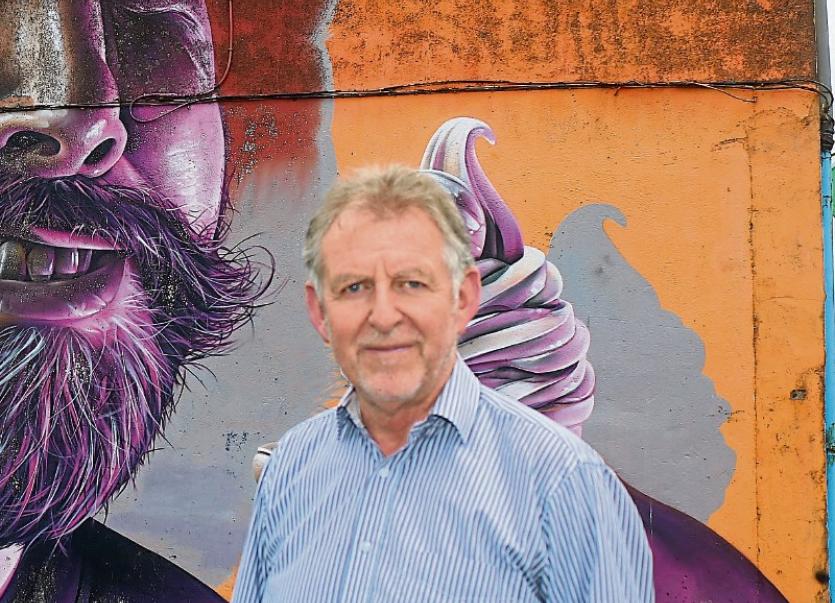 As revealed in last week’s The Leader, Cllr Sheahan has joined forces with Sinn Fein man John Costelloe in seeking to have the eye-pop mural at Castle Lane replaced with something of historical significance.

The story prompted a huge reaction on the Limerick Leader’s web site and social media outlets.

Now, Cllr Butler says he has to “respectfully disagree” with Cllrs Sheahan and Costelloe on their idea, describing the eyepop mural as “iconic”.

I respect my colleagues views but all art is subjective & this piece creates conversation & so is a success. It is a fantastic asset to our city & used as a backdrop for many pictures. We must embrace our urban edginess as part of our identity & this piece certainly does that! https://t.co/trKPVqa8km

But Cllr Sheahan has hit back, saying cracks are appearing on its surface, and “this presents an opportunity to change it.”

Cllr Butler, who railed against the vandalism of the mural last month, said: “I very much understand their intentions around acknowledging our history but this piece sits in the most ideal location.

“It’s juxtaposition to its setting is what further enhances this piece. I have long advocated we embrace and accept our urban edginess as part of our identity and stop the Galway or Cork comparisons. This piece of art embodies that edginess that is such a huge asset to us as a city and county.”

The mayor believes whitewashing the mural and replacing it would effectively be to “give into mindless vandals”.​

“The fact it has stood untouched for so long shows the value placed in it across the city,” he said, “I would like to see us build on our street art and use it to honoured local characters and iconic individuals both modern and historical. In fact it may be a way to deal with the lack of women honoured in our city and to then create a local street art tour seen in other cities.”

One contributor to the L​eader’s Twitter page suggested the late Cranberries frontwoman Dolores O’Riordan be honoured in the space.

“I certainly will be doing all I can to not just protect this piece but to grow our street art offering,” he added.

“But, at close-up, you can see the paint is coming. These murals are only meant to be short-term. You cannot have murals falling off the wall,” he said.