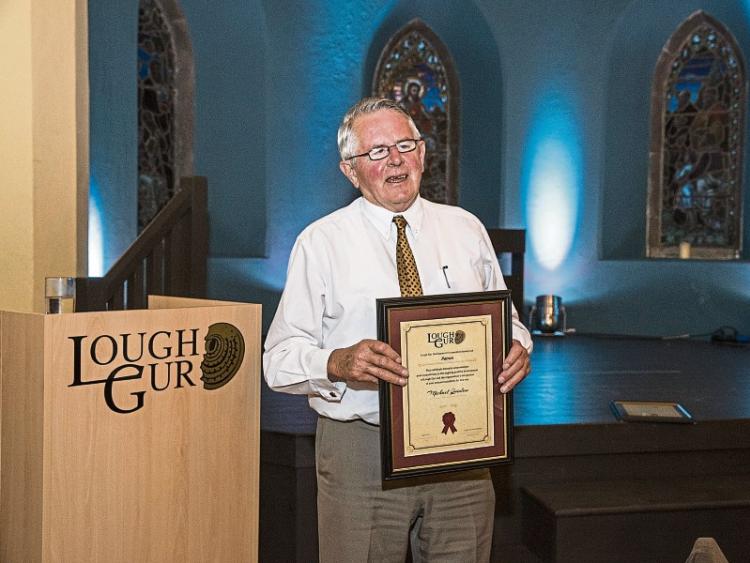 WELL-KNOWN author and historian Michael Quinlan passed away on Saturday shortly after his neighbours and friends had gathered in Lough Gur for the launch of a new publication in his honour.

The archaeologist and former headmaster of Lough Gur National School took his last breath at his home at Baggotstown, Knockainey surrounded by his loving family.  He was 80-years-of-age.

Titled This is Lough Gur – The Jewel of an Antique Land, the book was the last publication overseen by Michael in the weeks leading up to his final day.

Editors included his daughter and Chairperson of Lough Gur Development, Áine Barry, who through a labour of love worked with her father over the last number of months to ensure that his memories and accounts of Lough Gur were recorded in this treasured keepsake.

However, it was Michael Quinlan who inspired the production of the publication and this new edition is dedicated to him in recognition of his outstanding contribution to Lough Gur.

Only last week Michael commented that the new publication was “one to be proud of”.

Manager of Lough Gur Development, Kate Harrold, remembers Michael fondly commenting that since starting with the group almost six years previously “Michael often spoke of standing back and leaving a new generation to continue his work”.

However, Kate says that she “would not accept this preposterous suggestion as Michael was the very essence of Lough Gur and of vital importance to her role.”

Reposing at Daverns Funeral Home, Hospital this Monday, August 6 from 3pm to 7pm. Arriving for funeral Mass in St Patrick’s Church, Lough Gur, at 11.30 am on Tuesday. Burial afterwards in the adjoining cemetery. Family flowers only – donations if desired to Milford Hospice Home Care Team.

*For more on the life and times of Michael Quinlan, see our weekend editions