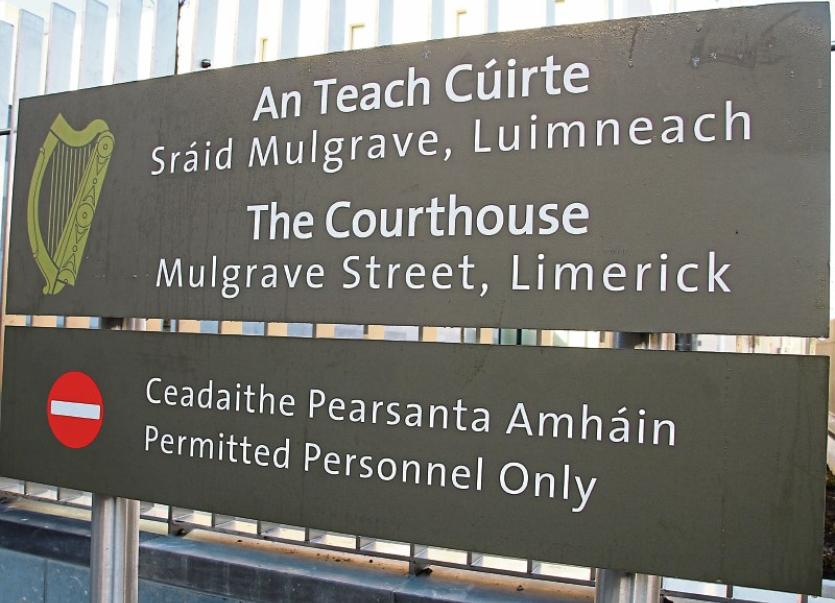 A YOUNG man who was extradited from the UK earlier this year has admitted his role in a burglary during which property worth more than €60,000 was stolen.

Bernard Casey, aged 29, who has an address at Templegreen, Newcastle West fled to the UK in the days after he first appeared in court on February 27, 2015.

He was arrested by police in Birmingham last May on foot of a European Arrest Warrant. He was formally deported in early June.

Lily Buckley BL, instructed by state solicitor Aidan Judge, said Casey was one of three men who were prosecuted in relation to the break-in at 5 Crossroads, Croagh  on June 25, 2012.

Garda Denis Waters told Limerick Circuit Court the alarm was raised at around 8.50pm while the occupants were away in Dublin.

Various other items of jewellery were stolen along with two designer handbags – a Louis Vuitton and a Coco Chanel.

Several household items, including a television, items of Waterford Crystal and candlesticks were also reported missing.

During a sentencing hearing, Garda McCarthy said the Casey and another man entered the property after they broke a glass panel in a back door.

A third man remained outside in the getaway car.

Garda McCarthy said the defendant initially told gardai he “could not remember the day” when arrested and interviewed a number of weeks later.

However, he later acknowledged he had broken a window at the house and had taken some property. Casey also admitted damaging a door at another house near Ballingarry on the same day.

Kenny Kerins BL said his client made frank admissions following his arrest and was not seeking to reduce his culpability.

He said Casey, who has a large number of public order convictions, has issues with alcohol and that his young child suffers from some health difficulties.

He said his client had travelled to the UK for “own safety” due to “issues with other travellers”.

Mr Kerins said the birth of his client’s son has given him a focus in life.

“He has been a general nuisance, he has lived a life of petty crime up to now,” he said.

Judge Tom O’Donnell noted there were a number of matters for him to consider before he finalises the matter in October.

Last year, one of the other defendants was sentenced to two years’ imprisonment while the second received a three year prison sentence which was suspended in its entirety.