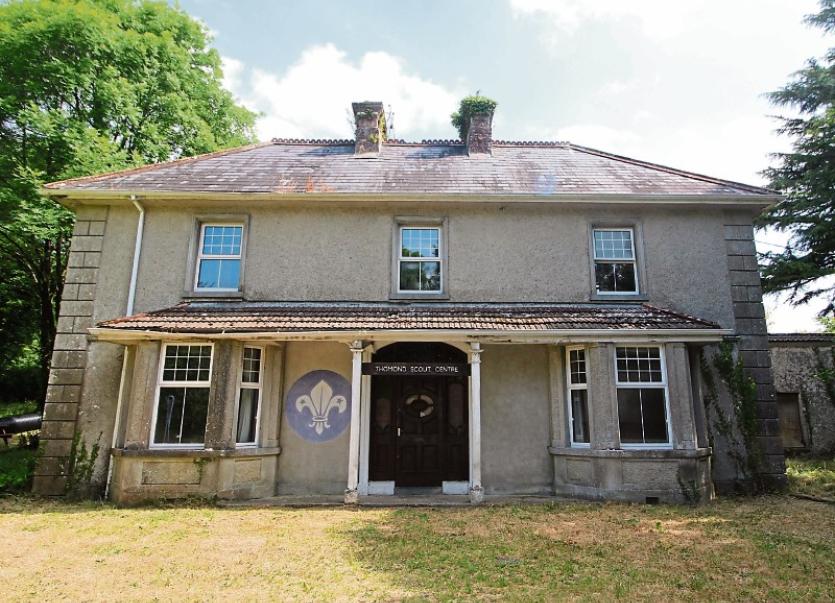 Offers have far exceeded the guide price of €150,000 for Ballyvoreen House in Murroe

AUCTIONEER Tom Crosse must have thought he was showing a house in Dublin 4 for a second when he saw the queue of 28 cars in the driveway.

Luckily there is plenty of room on the long tree-lined driveway to Ballyvoreen House in Murroe. The substantial two storey residence is set on 12 acres of mature woodland and a two acre field. Tom Crosse, GVM, said it is a beautiful old listed house.

“It dates back to the late 18th century. There was an old garrison on it many years ago. In more recent years it was the Murroe Scout Centre,” said Mr Crosse.

The vendors, Glenstal Abbey, also used it for many years. Mr Crosse was guiding at €150,000 but this didn’t last long.

“There is huge interest. There were 28 cars parked up for our first viewing last week. We were guiding in excess of €150,000 and already offers have far exceeded that figure,” said Mr Crosse.

The four bedroom house, which includes a games room, has fallen into disrepair in recent years. However, this is part of the attraction, said Mr Crosse.

“It is a lovely property. All these old house attract a lot of interest. There are people who look for older houses like this as a project. They will do it up and refurbish it. They came from Cork, Clare and further afield,” said Mr Crosse. It will be very handy in years to come as it is situated close to Cappamore showgrounds.

Mr Crosse hopes to conclude the process in around three weeks.