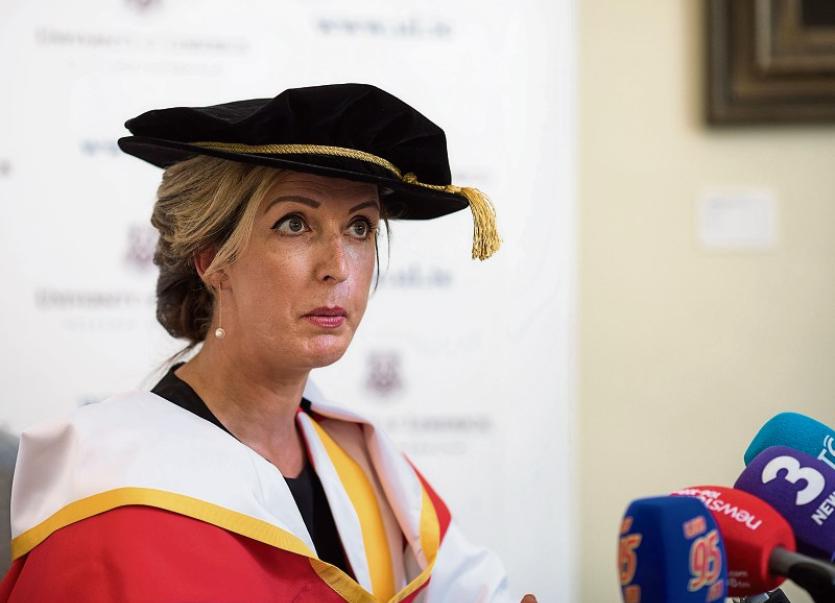 THE LIMERICK woman who exposed the CervicalCheck scandal has announced she will take a break from social media and campaigning to focus on family.

On Tuesday night, Vicky Phelan took to Twitter, where she has been most vocal about the issue, stating that she is to take a break from the campaign starting Thursday.

Vicky, a 43-year-old mother-of-two, was awarded a €2.5m High Court settlement in a high profile case against the Health Service Executive and a US laboratory after she was not informed until last year of a review into an incorrect smear test.

In January 2018, Vicky, who has terminal cervical cancer, was told that she had just months to live.

I will be taking a break from Twitter and from all #CervicalCheckScandal campaigning after tomorrow, some of you will be glad to know. I am deeply disturbed by the lack of empathy in some quarters towards the women & families affected by the scandal.

At 11.30pm on Wednesday, Vicky told her 9,742 followers on Twitter: “I will be taking a break from Twitter and from all #CervicalCheckScandal campaigning after tomorrow, some of you will be glad to know. I am deeply disturbed by the lack of empathy in some quarters towards the women & families affected by the scandal.”

She said that she was condemned by people for “bring down the CervicalCheck programme”.

“I never missed a smear and NEVER had an abnormal smear until I was diagnosed in July 2014 with invasive cervical cancer.

“I found out THREE years later, in Sept 2017, that a smear from 2011, which was originally read as ‘No Abnormality Detected' was, when audited, full of CANCER, not pre-cancerour CINI, II or III but Squamous Cell Carcinoma. P8 for the medical heads.

“IF my smear in 2011 had been CORRECTLY read, I would only have had to have a hysterectomy and would have had a 90% chance of being cured. I will be fighting to stay alive for the rest of my life so forgive me if I am angry and upset and fighting for change,” she said.

She said she wants a screening programme that people can trust.

“I have a daughter that I will be leaving behind. So get off your high horses and help me to change and to ensure that we have a screening programme that we CAN trust.”

In response to one supporter, Vicky said: “I will be back but I need a break before I become bitter, and my children need their Mammy.”