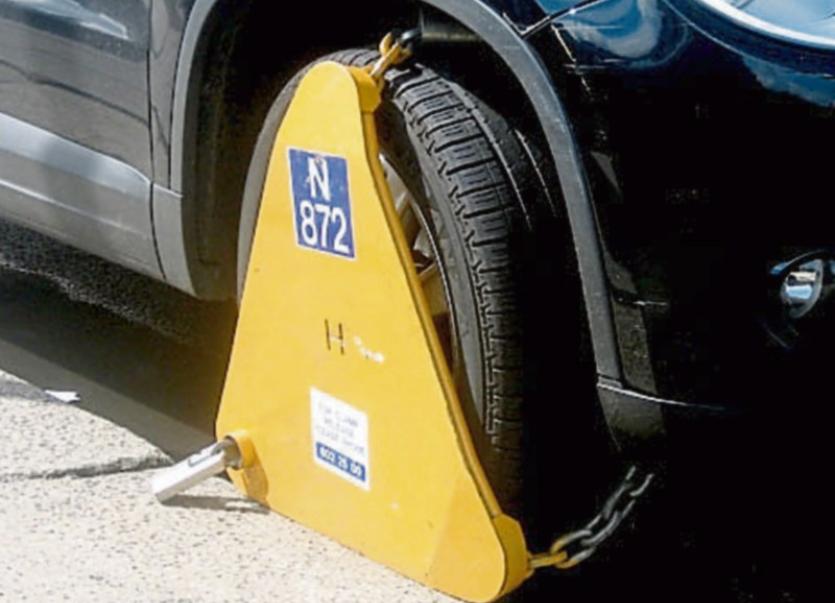 LIMERICK hurling fans toasting their side’s All-Ireland semi-final win over Cork had a nasty surprise on Sunday night – after finding their cars clamped.

Many Treaty fans making the journey to Croke Park by car used park and ride facilities at the Luas stops at Red Cow and Cheeverstown on Dublin’s southside, before completing the final stages of the journey in either taxis or public transport.

Now, Dublin cab driver William Conway has revealed that after the game, he saw “at least 10” cars belonging to Limerick fans clamped at Cheeverstown park-and-ride, near City West, meaning motorists were left with a release fee of at least €80.

He witnessed many supporters arriving at these cars to find them clamped.

“I was absolutely furious. The city was alight with joy from the Limerick supporters and everyone making their way home. I bought a couple out to City West, and couldn't believe the number of cars clamped. I felt it was an absolutely disgusting horrible thing to happen after a long day out, to be met with that. I felt they were easy pickings,” he said.

William, whose late father William hails from Castleconnell, warned supporters returning to headquarters for the final on Sunday, August 19 to be vigilant.

“When people are going to a game they are so excited to get to Croke Park when they get in the taxis, so they don’t think about much else. From that end of it, people might be wary it doesn’t happen to them. It can really sour the day. The last thing you’d want if you’re celebrating an All-Ireland final is to think your car is clamped, and you’re having to wait around," he added.

Although William said he saw just ten cars clamped, he believes due to the size of the car park at Cheeverstown, there were probably many more clamped cars.

“Limerick fans painted the town [on Sunday]. There were green jerseys everywhere. They are a fabulous bunch of supporters,” said William, who confirmed he will be backing Limerick against either Galway or Clare.

NCPS, which carries out enforcement on behalf of the Luas operator, has been contacted for comment. However, a reply is awaited.