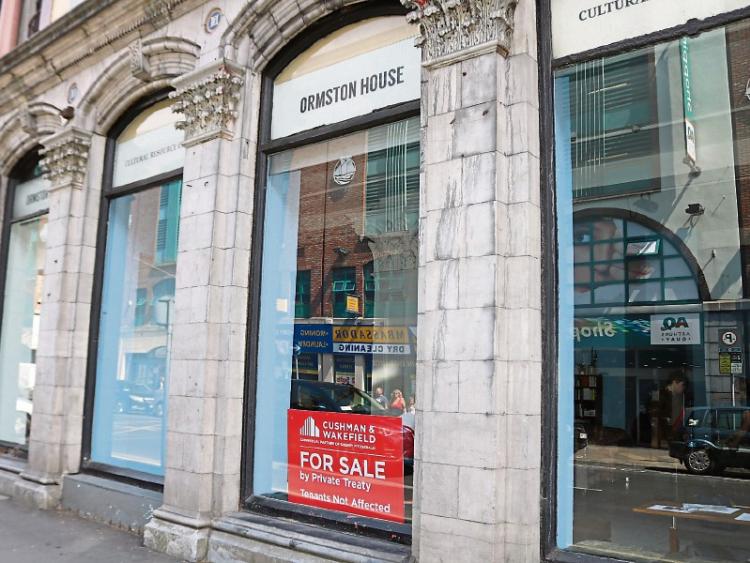 MORE THAN 1,800 people have signed an online petition, pledging their support to save Ormston House Cultural Resource Centre as its future is in jeopardy as a sale has been agreed on the city centre site.

New York firm Cerberus Capital Management, which was involved in the controversial €1.3bn purchase of Project Eagle loans, purchased the Ormston House loan book from the National Asset Management Agency [Nama] last year, and the site was put on the open market in July 2017.

The sale includes 9 to 11 Patrick Street, two of which are occupied by the artistic space, and one is occupied by a retail unit.

Limerick City and County Council had previously agreed a sale of €275,000 in late 2016 for units 9 and 10, but they disengaged from the deal when number 11 was later included. It is understood that Ormston House raised €150,000 through philanthropic sources and €125,000 was put forward by the council.

Following the announcement by Ormston House that the centre was facing possible closure, a digital petition was uploaded on My Uplift website, addressed to Limerick City and County Council.

As of Sunday afternoon, it had 1,853 signatures.

@OrmstonHouse provides space and support in an economy where it isn't always easy to be a creative person. They support the community with such passion and spirit. We need this place. https://t.co/gP3NQrr2sX via @UpliftIRL

Rachel Ryan, the instigator of the petition, wrote: “If we come together to show our support and put pressure on Limerick City and County Council to purchase the building we can save Ormston House and ensure it's preserved as the amazing cultural space it currently is for years to come.”

Though the prospective buyer is still unknown, the deal is expected to close within the next two weeks.

Ormston House board of directors will make a final decision on their future later this month.