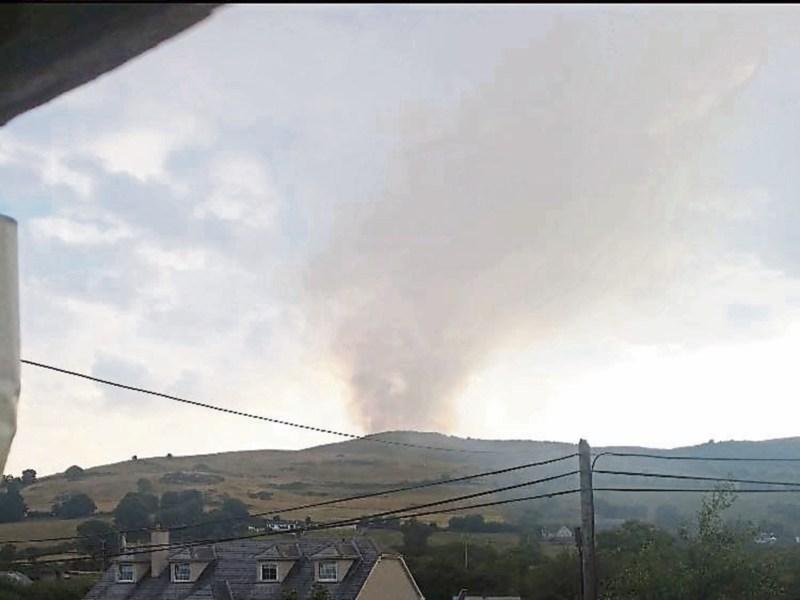 The fire on Nicker Hill this Friday evening

THE FIRE service has saved the day in one County Limerick village, after battling a large gorse fire for over five hours.

Four units of the fire service, from Charleville and Kilmallock, spent the evening extinguishing the fire atop Nicker Hill.

Crews remain at the scene this Friday night, dampening down the fire. However, it is now under control, and the fire service was successful in stopping its path toward forestry.

Plumes of large smoke could be seen across east Limerick throughout the evening.

Meanwhile, the fire service in Kilmallock has had a busy day, after a separate fire at a farm.

The fire took hold in a hay barn, at Quarry Hill close to the town of Kilmallock.

Limerick has seen a significant number of fires take hold in recent weeks, as the county has now spent at least two weeks without rain.

A hosepipe ban remains in place until the end of the month.