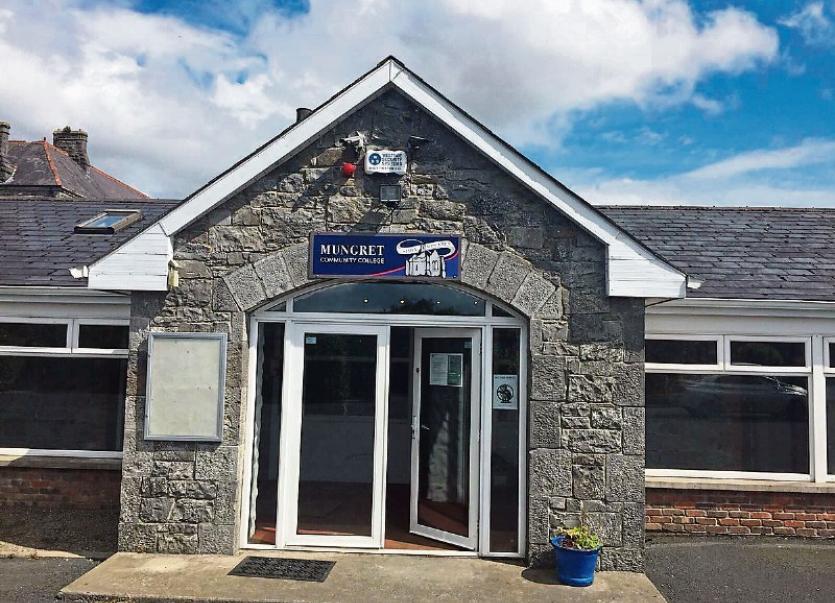 LIMERICK’s newest secondary school is to increase in size by one-third following an explosion in demand for places.

Mungret Community College is set to ramp up its student intake from 600 to 800 after securing planning permission for new modular buildings in the area’s park.

The principal of the school, Liam O’Mahony has confirmed the school has received and signed a Service Level Agreement which will allow the increase.

The chairman of the board of management, metropolitan mayor Daniel Butler said: “The level of demand is significant in the Dooradoyle/Mungret areas. We have had a real need for secondary schools for a long time, and the demand at such an early stage has been significant. We are already having to refuse students, and we’re only in our second year.”

Cllr Butler believes the demand is reflective of the calibre of principal, and teachers in place at the school.

However, he insisted the school will not go beyond 800 students, as “we want to keep classroom sizes at a level which ensures there is a good return on education to pupils.”

Mayor James Collins, who also sits on the board of the school, which is managed by the Limerick-Clare Education and Training Board, welcomed the move, describing it as “good news for the school, local parents and the council”.

“Mungret Community College has been a huge success to date,” said the mayor.

“The demand for extra spaces is there, a new school and the facilities is needed by September 2020, so it’s great to get approval to increase the capacity,” he added.

“This is a great news story for Mungret Community College, it’s staff, pupils and parents as well as the wider Mungret/Raheen and Dooradoyle area,” Mr O’Donnell said.