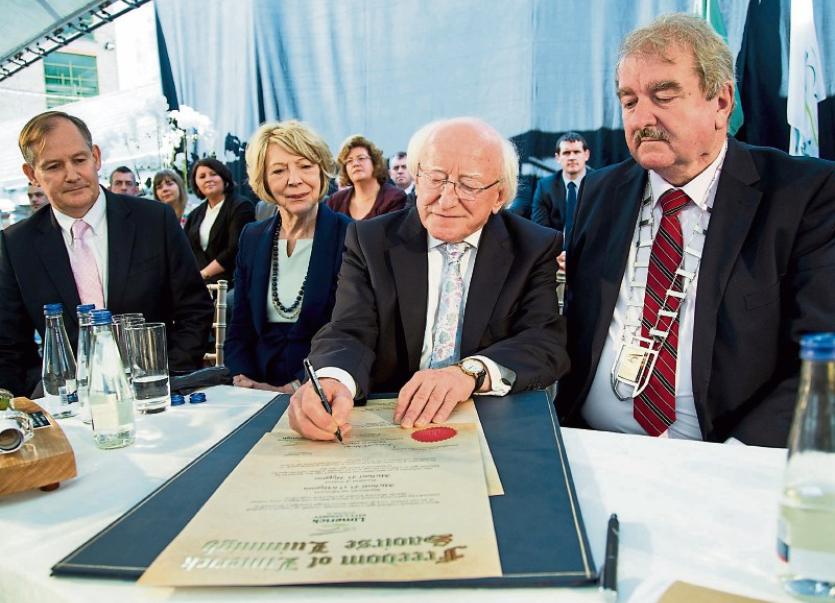 MICHAEL D Higgins has confirmed that he will seek a second term as President of Ireland.

In a statement this Tuesday, ending months of speculation, President Higgins said he “wishes to confirm that he will be offering himself as an independent candidate, under Article 12.4.4 of Bunreacht Na hÉireann, when the Ministerial Order for a Presidential Election is made later in the year”.

The Government has been informed of this decision and the President’s programme of official duties and engagements continues, added the statement.

President Higgins was born in Limerick, and spent his early years in Elm Park, just off the Ennis Road. He received the Freedom of Limerick in 2014.

Speaking at an event in Castlebar on Tuesday, President Higgins said: "I had said some time ago that I would make a statement early in July concerning my intentions as to offering myself as a candidate for the Presidency of Ireland when the current term ends in November.

"When the order for an election is made, it is my intention to offer myself as an independent candidate.

"I have given long and careful consideration to this decision.

"I believe there are good foundations for the further development of the Office of President and that the experience I brought to, and have gained within the role, could be of particular value as we enter a period of great challenge and possibility, at home and abroad."

Former mayor of Limerick Cllr Kevin Sheahan had said at a council meeting in May that Limerick should not back any other presidential candidate should incumbent Michael D Higgins decide to run again.

The meeting had received letters from Marie Goretti Moylan and Kevin Sharkey seeking support for a presidential bid.

Referring to the President’s city roots, Cllr Sheahan said: “We should stand by our man”, adding: “There's no excuse for supporting someone else should Michael D decide – and I sincerely hope he does – to run again.

“He has bought great honour to our country in the manner he has behaved as president,” Cllr Sheahan added.