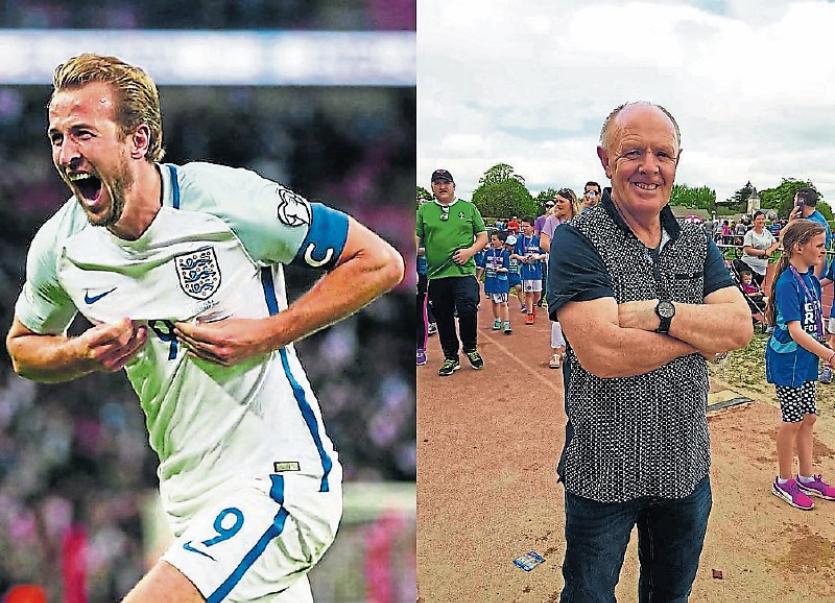 ENGLAND and Tottenham Hotspur superstar Harry Kane could be invited back to Limerick to receive one of the county’s top civic honours.

After the Limerick Leader revealed deep family roots to Caherconlish and Caherline, the newly-elected mayor James Collins now wants to invite the striker for a civic reception.

“It’s something we have done in the past for other famous sports stars who have links to Limerick. But you never know, if England win the World Cup, he will be in high demand,” Cllr Collins told the Limerick Leader.

England progressed to the last eight of the Russia tournament with a win on penalties over Colombia this Tuesday night, the first time they had won on spot-kicks since beating Spain at Euro 96.

Kane scored a penalty in normal time to put England ahead, and also netted in the shoot-out, setting up a last eight clash with Sweden on Saturday, kick off 3pm.

The Limerick Leader last week revealed that Harry’s grandmother Theresa Fitzgerald was born in Caherline, while the star striker has a number of other cousins still living in neighbouring Caherconlish.

“It’s another great example of a descendent of Irish people who have left many years ago, who have risen to the top of their field,” Mayor Collins said.

He added he will bring proposals for a reception to fellow councillors shortly.

“Limerick has a very strong tradition in soccer. Our junior soccer is so strong. It’s something Limerick people take great pride in,” the mayor said.

Harry's grandmother Theresa moved away from Caherconlish in the depressed economic years of the 1950s, marrying Mike Kane, a native of Galway, one of whose sons is Harry’s father Patrick.

Caherconlish historian Pat Hourigan, a second cousin of Harry’s, said it “would mean the world” if 24-year-old Kane accepted an offer for a civic reception here.

“I don’t think any words could describe it if he was given that honour. It would be lovely for the family here to have that recognition across the board,” he said.

But the striker’s time might be limited between the end of the World Cup and pre-season with his English Premier League side Spurs.

“I’m sure he would find a day or two. But you have to take things one week at a time the way England are going. He is occupied with holding that [World] Cup – and that is more important than anything in Ireland right now,” Pat said.

If England beat Sweden, they would play either Croatia or host nation Russia in what would be their first World Cup semi-final since 1990, and their first tournament last four appearance since the 1996 European Championship on home turf.

Any civic reception would have to be agreed by Limerick City and County councillors at a properly convened monthly meeting. The next one of these takes place on July 23.