Harry Kane is ‘one of our own!’ - Star striker's deep Limerick connections 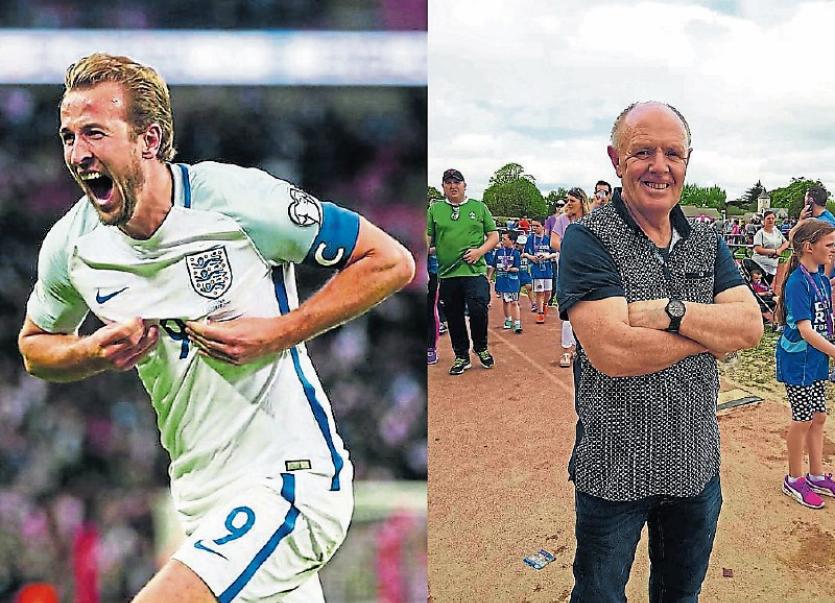 One of football’s hottest properties Harry Kane has relatives in Caherconlish and Caherline, including Pat Fitzgerald

FANS of English Premier League soccer club Tottenham Hotspur sing proudly that he is one of their own.

But one of football’s hottest properties Harry Kane could also be one of Limerick's own, after it emerged he has deep family roots in the county, with his grandmother Phylis born in Caherline.

The little-known connection has ramped up the excitement in both Caherline and Caherconlish, where Harry – who has scored five goals in two World Cup matches – also has a number of other cousins.

Residents in the areas hope if England win world football’s greatest prize, he will bring the trophy home to Shannonside, with local historian Pat Hourigan saying: “I hope this puts Caherconlish on the map!”

Harry’s grandmother Theresa, along with her brothers and sisters moved to Britain at various stages during the depressed economic years of the 1950s.

She married Mike Kane, a native of County Galway, one of whose sons is Harry’s father Patrick.

Scores of Kane’s cousins still reside in Caherconlish – with historian Pat even able to claim a link to the top marksman.

“It’s matrimonial, rather than blood,” he explained, “My relation to Harry is that my uncle is married to Harry’s grand-aunt Phylis Fitzgerald from Caherline.”

Pat says there is huge excitement at England’s progress in Russia – with the tea, guaranteed a last 16 berth, adding: “His cousins are positively glowing about it. They’re telling us we have a famous man from our village!”

One of these, Pat Fitzgerald, a second cousin of Harry’s, said: “We are very proud. I’ve sadly not met him. But I met his father years ago when I was over in England.”

“It’s just a shame he’s not playing for our team. But it’s something else to have a relation playing. The family are delighted with it. The connection is not widely known about in Caherconlish. But I was telling people before around the village, and they were saying if I was related, I’d be supporting Tottenham, not Liverpool,” he laughed!

Liverpool is most definitely Pat’s first team though, with the Merseyside club locked in a battle with Spurs for third place in the Premier League for much of last season.

It was a race Spurs won, and Pat admitted he was “gutted” when this happened – but added: “I support Liverpool, but when Spurs are playing, I like to see them do well!”

Sadly, he has not met Harry Kane in person – but he extended an invitation to the Spurs star before pre-season kicks in.

“It’d be lovely to see him here,” he grinned.

While Harry is very much a master of the big ball, one of his even further distant relatives is part of Limerick’s hurling royalty, historian Pat said.

“Theresa’s own maternal grandfather was the famous Jim Flood from the Square, Caherconlish, who was a member of Limerick’s first senior All-Ireland hurling winning team in 1897,” he revealed.

Jim passed away a century ago this year – and Pat feels it would be fitting if Harry lifted the World Cup on this occasion.

“Wouldn’t it be so appropriate if Harry won the world cup on the 100th anniversary of another great athletes death,” Pat said.

As well as Limerick, it emerged last year that Harry’s grandfather was from Letterfrack, Co Galway, and Kane still has relatives living in the Connemara village.

England, led by Kane, continue their World Cup campaign this Thursday night, with a winner-takes-all match against the fancied Belgium side to top the group. They will then face a last-16 game either on Monday or Tuesday night next week, depending on where in group G they finish.