Limerick has 'potential to create up to 1,000 jobs' in screen production sector 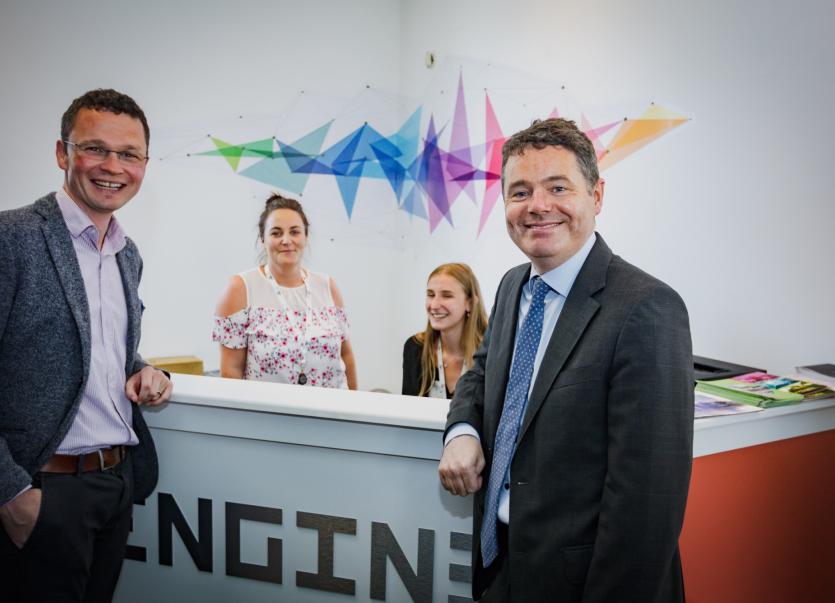 LIMERICK has the potential to create up to 1,000 jobs in the screen production sector in the next three to five years, it has been claimed.

Finance minister Paschal Donohoe was in Limerick this week to hear about ambitious plans to capitalise on investment of €200 million nationally in screen production over the next 10 years and "build on its growing reputation as a centre for international productions".

The Minister visited the Innovate Limerick Engine training centre and workspace in Cecil Street where he met with NBC Universal, Troy Studios and stakeholders from the region who have assisted with developing the local film sector.

Central to production in Limerick has been the €53m budget production of the television adaptation of George RR Martin’s Nightflyers, filming on which wrapped at Troy Studios recently.

The much-anticipated Syfy series, being produced by NBC Universal and Universal Cable Productions, along with Wild Atlantic Pictures, is expected to screen on Netflix in the Autumn.

A council spokesperson said it had a 91% Irish crew with an average of 320 employees on site in Limerick each day.

Minister Donohoe said: “During my visit to Limerick earlier in the week I took the opportunity to meet with Innovate Limerick at ENGINE in Cecil St where I met representatives from NBC Universal to hear about the work that is ongoing at Troy Studios, where the much anticipated Nightflyers has been filmed.

"It also provided an opportunity to talk about the future development of the film sector more broadly in Ireland and the supports that may be needed to ensure that we can meet our full potential in this regard.

"The collaboration of the stakeholders that are engaged in the industry in the Mid-West and the scale of ambition, through, for example Limerick 2030, to grow the number of jobs, ensure the availability of skills upgrades to enable us to meet the needs of the sector was encouraging.

"Limerick is one of the five cities targeted in Project Ireland 2040 for future development. By strengthening diverse sectors of our economy, such as the film industry, we can provide more engines of growth and better opportunities for our people in the Mid-West, while further enhancing Ireland’s reputation in this area on the global stage," he added.

The meeting discussed the positive impact of the film industry on the Mid-West, the broad base of skills required to service the industry and the opportunities to grow and expand going forward with the possibility of up to 1,000 jobs within the sector over the next three to five years.

"This was a great opportunity for the Minister meet with all relevant stakeholders in Limerick and hear of our plans to unlock the potential of the developing film industry in the Mid-West," said Mike Cantwell, Head of Innovate Limerick.

"The Government’s recent announcement of a €200m investment in media as part of the Ireland 2040 project will allow us to grow the regional film sector here, expand training needs and fund the creation of film production and TV drama in Limerick.

"We know that there is the potential to create up to 1,000 jobs in the sector and this is a growth area we are firmly committed to developing so it was a great to engage with the Minster about how we can best exploit the potential opportunities open to us