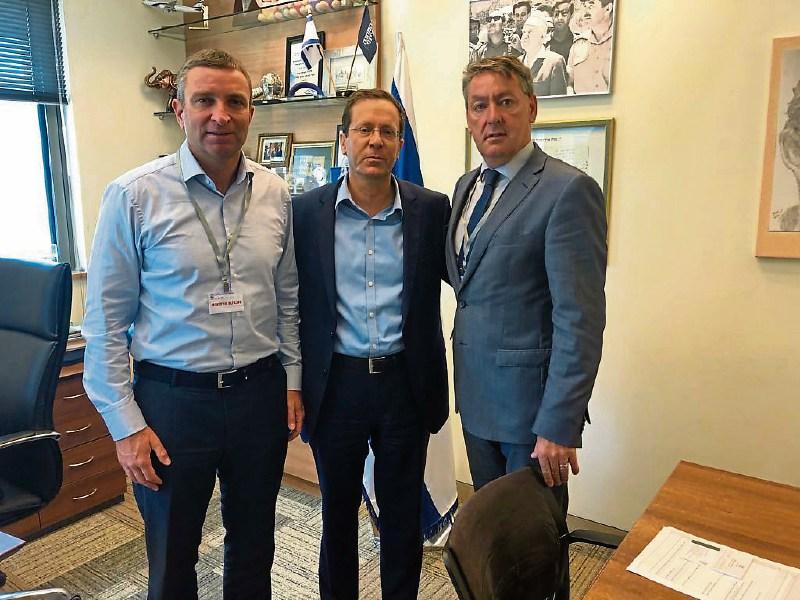 DEPUTIES Niall Collins and Billy Kelleher flew out to Israel, Palestine and the Occupied Territories this Tuesday.

Deputy Collins, Fianna Fail’s Foreign Affairs and Trade spokesperson, said they are flying into Tel Aviv, staying in Jerusalem, going to Ramallah and Hebron in Palestine.

He said they weren’t able to arrange to get into Gaza.

“There is a big security detail. We’re meeting all the political parties. We’re going as Fianna Fail members of Dail Eireann. We have been lobbied by a lot of groups to go over and see it. There is proposed legislation coming – Control of Economic Activity (Occupied Territories) Bill 2018 by Senator Frances Black.

“Basically the bill will ban the importation of goods and services which originate from an Occupied Territory. We are going over to inform ourselves in advance of the debate of the bill,” said Deputy Collins.

Some images from our final day in Palestine - West Bank, Ramallah and Hebron thanks to the @nadplo, @alhaq_org and @BtSIsrael for their input and assistance.@BillyKelleherTD @fiannafailparty pic.twitter.com/vpTzwCa5Q5

We’re in the West Bank Palestine today for a further series of engagements. Looking forward to hearing from local people on the ground.@BillyKelleherTD @fiannafailparty pic.twitter.com/OS0ghOA9yJ