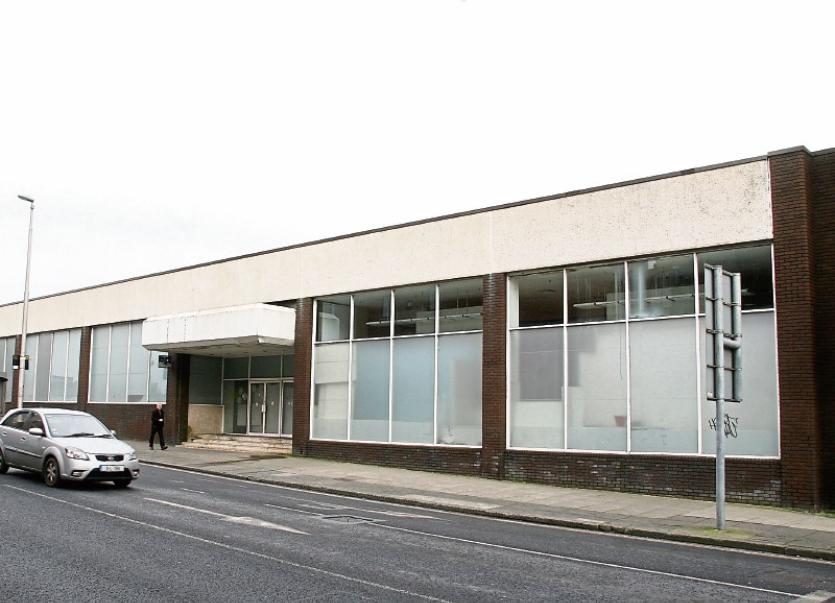 Dunnes Stores on Sarsfield Street, which closed in 2008

DUNNES Stores is to be charged tens of thousands of euro by Limerick City and County Council unless it takes action over its vacant site on Sarsfield Street.

The landmark building at the northern entrance to the city has lain largely idle for almost a decade after the supermarket cut its city centre offering from three stores down to just one.

Now, the Limerick Leader can reveal that the local authority is taking advantage of new government legislation aimed at deterring landowners from ‘hoarding’ sites to force Dunnes to act.

The move, described as “not before time” by Fine Gael councillor Daniel Butler was confirmed in an email from a council official highlighting the vacant sites register.

Dunnes Stores is on this list, a move which means the store will be charged an extra 3% percent on its commercial rate, rising to an extra 7% as of January 1 next. The figure will rise again to an extra 10% if its still vacant in two years.

Crucially, it forces Dunnes bosses to open dialogue on the site with the council.

Cllr James Collins, Fianna Fail, said: “These are small measures, but they are steps in the right direction. It’s a key site on Sarsfield Bridge, and there’s lots we would like to see done to the site. We’ll just have to wait and see if it has the desired effect.”

“It’s going to put pressure on them. They are holding onto a number of sites across the country, not just here in Limerick. A number of other sites they have will be subject to the levy, so we’re talking about fairly substantial amounts of money for them nationally,” Cllr Butler said.

Meanwhile, owners of the former Cathedral Carpets site at Mungret Street are also facing extra charges, in the hope it will be developed.

A number of other sites have been entered onto the vacant sites register, which was released last Tuesday and identifies lands where no development has taken place for a set period of time.

These include lands in Clonmacken, where a controversial housing development has received the green light.