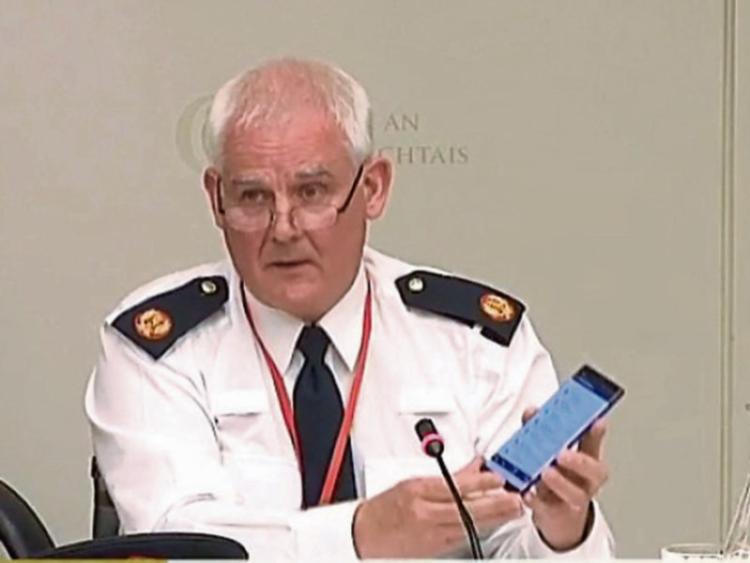 A SENIOR garda officer has told an Oireachtas Committee there has been a tangible change in the attitude of motorists since smartphones were issued to gardai in Limerick, writes David Hurley.

As part of a pilot scheme, the phones, which include secure garda apps, were issued to around 50 gardai across the Limerick division last December as part of the Garda ACTIVE Mobility strategy.

“In the six months of the pilot the users of the Garda traffic app have noticed the detection of offences –  such as the non-payment of Motor Tax, driver penalty points, disqualifications and stolen property – have all improved as a result of having access to the app and instant details from pulse,” Assistant Commissioner David Sheahan told members of the Joint Committee on Transport, Tourism and Sport.

“There is  a tangible change in the attitude of the public when they see the member now has the smart mobile data device –  ranging from more respect to quicker admission of guilty then previously was the case,” added the former head of the Limerick garda division who hopes the pilot scheme can be rolled out permanently across the country.

Moyagh Murdoch, chief executive of the Road Safety Authority said gardai across the country should be issued with smartphones.

“I believe the visible presence of gardai with smartphone look-up capability on our roads is the measure that would do the most to reduce death and injury on our roads,” she said.