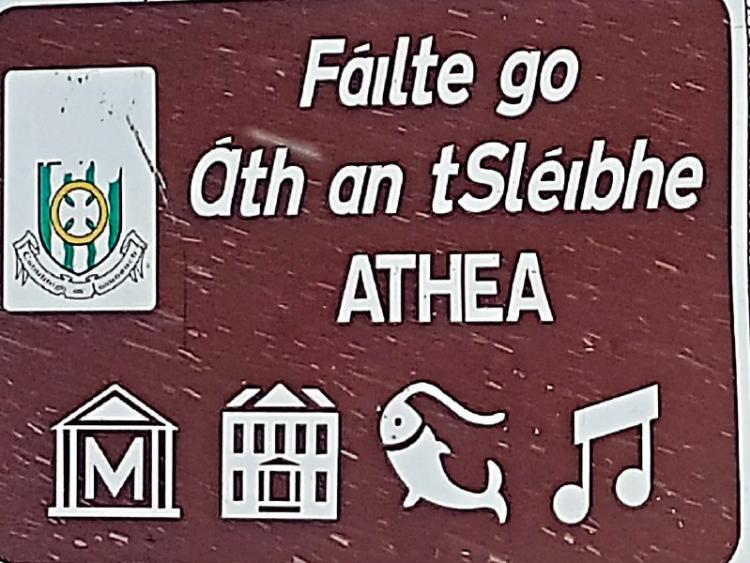 IT has taken a decade but the proposals for a €380,000 flood prevention plan for Athea have finally been outlined to local councillors.

The plan is intended to prevent a recurrence of flooding along the Galey river which a decade ago, damaged homes and businesses in the town as well as the school and schoolyard. Flooding was recorded in July/August 2008 and again in September 2009. Erosion along the bank has also caused difficulties, particularly for the school where their all-weather surface play area is under threat.

But engineer John O’Leary, unveiling the map at Friday’s meeting of the Newcastle West Municipal District, said the plan now had to move on to the detailed design stage and changes were possible.

But Cllr John Sheahan was not convinced that an embankment would resolve the problems along the stretch of river from the school to the bridge. “That has been banked several times,” he said. “It might need a wall, not a very high wall, but a wall.”

“Whatever system goes in there, let it be right,” said Cllr Francis Foley who urged that local people be consulted. “They know the run of the river.”

But he was concerned about the time-frame for the project as was Cllr Sheahan who was worried that the environmental impact assessment would “hold it up”.

Once agreement was in place, “we will kick off straightaway”, Mr O’Leary said, but it needs to be designed first. He expected tenders for this to go out in September. However, he reassured councillors: “Whatever scheme we come up with, it will go back out for consultation again.”

Funding for the Athea project was included for the first round of the government’s €1b programme of flood prevention announced last month.