Limerick school staff and parents to go from Pedal to Peak 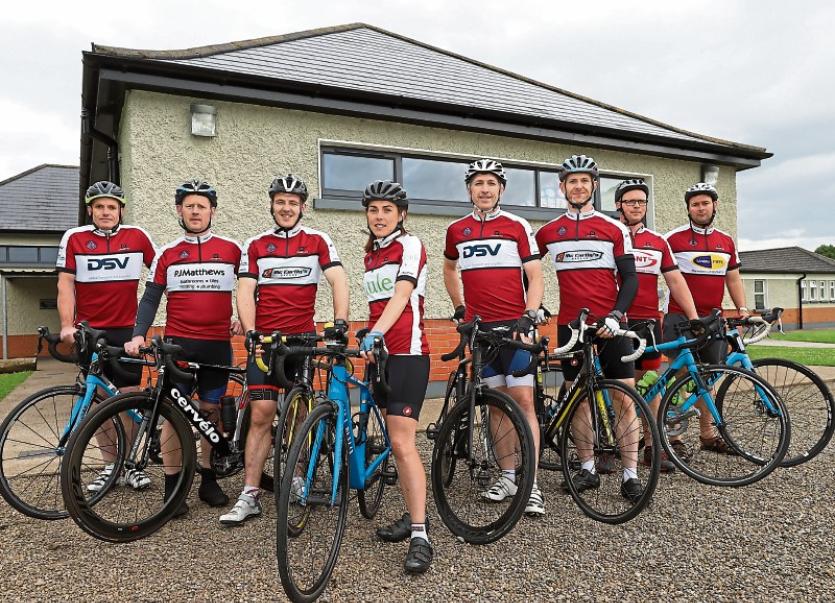 Pedal to the metal for Herbertstown NS

THE SCHOOL year is coming to an end but Herbertstown NS certainly isn’t slacking off.

They launched their Pedal to Peak fundraising challenge last February and the big day looms large. On Saturday, parents and staff will attempt to travel from the lowest point in Ireland to the highest in less than 24 hours. As far as teacher, Mike Fitzgerald, is aware, it has never been attempted.

Mike and seven parents will cycle from North Slob in Co Wexford, which is three metres below sea level, to the foot of Carrauntoohil. When they arrive in Kerry there will be no chance to rest their weary legs as they will join with around 45 parents, staff and friends of the school to climb the mountain.

“It's going to be a real monster of a challenge, there's no denying it, but the group has put in the training to give this challenge the respect it deserves. We have a good support team around us on each part of the event and we are ready to give it our best shot,” said Mike.

The magnificent eight will have to leave Wexford in the early hours of Saturday morning to make it down to Kerry in time to climb the mountain in daylight. They will put themselves through the pain barrier for current and future pupils.

“We are building on an extension to the school in the near future and we are raising funds to improve the outdoor play areas/spaces along with the new building. You can put on a classroom but often the play areas are forgotten about,”said Mike. A percentage of the monies collected will go to Cliona’s Foundation and Crumlin Children’s Hospital as they wanted to support children’s charities.

Mike said there is a massive buzz in the school and local community. Cyclists and climbers have put in a huge amount of training in the last six months. The teacher thanked everyone who has sponsored the event or given them help in any way.

“There has been a very good response but to make some major improvements to the school we still need a big push in donations. This would also help us to give to our charity partners. For the group themselves, we wouldn't have been able to get in those long training hours without the support of our families so we really want to thank them as well,” said Mike.

Participants can be sponsored personally or by logging onto www.herbertstownns.ie where you can donate online.