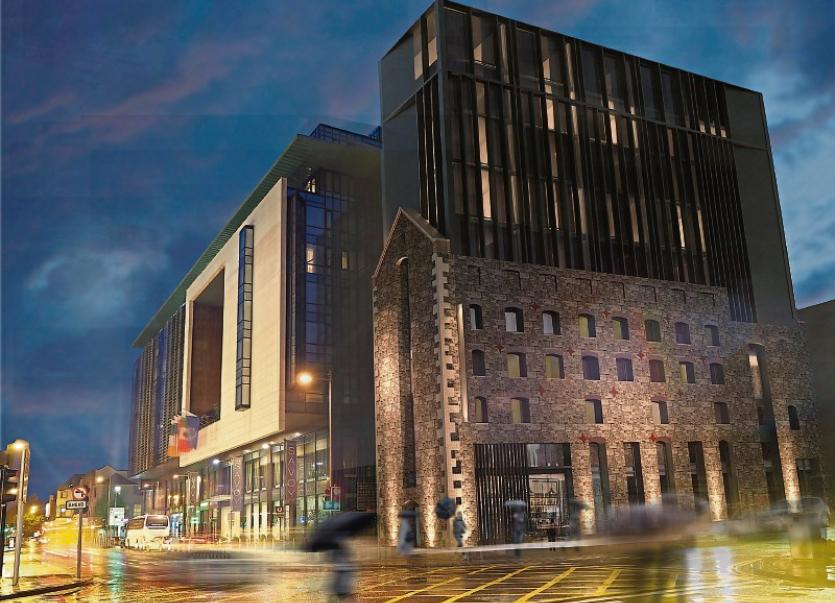 LIMERICK is set for another jobs boost with An Bord Pleanala giving the green light to a multi-million euro expansion at the Savoy Hotel.

Up to 75 new positions look set to be created after the national appeals body turned down an objection from An Taisce to the development, which will see the city centre’s only five-star hotel extend into the neighbouring Mill building at the Henry Street-Shannon Street junction.

The permission has been described as a “really positive decision” for the city centre by businesswoman Helen O’Donnell, with the €8m scheme set to bring 50 new construction roles and 25 long-term roles.

Original plans would have seen 35 new rooms added to the overall hotel development – but in its ruling An Bord Pleanala determined that rather than rising up seven storeys, the scheme should only go as high as six floors.

It’s understood this will have only a minimal impact on new bedrooms.

Kirkland Investments, headed by Rudi Butler, the son of former city developer Robert, plan to tastefully renovate, convert and extend the Mill Building so it forms part of the Savoy Hotel complex.

Ms O’Donnell said: “It’s a good decision for the city. We have just one five-star hotel in the city centre and it needs to be supported. Getting this decision is a step in the right direction for both the hotel and the city. It will mean more people working in the city. It’s what we’re trying to achieve.”

As well as the new hotel rooms, the proposals will also see two new cafe/restaurant units and a new entrance to the Savoy from Shannon Street.

Hotel manager Ronan Branigan has previously said one of the new eateries will be an international French-themed brasserie.

A new connection will also be constructed between the Mill Building and the existing hotel through a bridge, and there will be a new roof/plant gantry.

The increase in rooms is being achieved in part thanks to the change of use of some apartments. An Bord Pleanala gave permission subject to 11 conditions.

An Taisce expressed “deep disappointment” with the decision, which it believes will “compromise [the Mill’s] heritage value”.

“Furthermore, the value of the Mill as a badly needed city-centre apartment complex will be lost. Removing this completely and rendering many young, low-waged citizens homeless in favour of luxury hotel capacity is a regressive step: this is not the way to keep life in our dying city,” said a spokesperson.