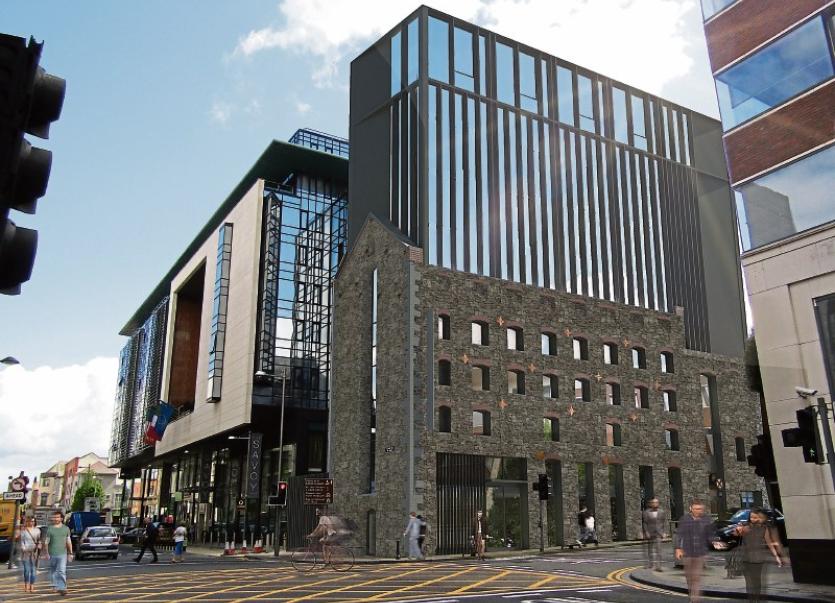 MULTI-MILLION euro plans to expand Limerick city’s only five-star hotel have been delayed after An Taisce appealed a decision to grant the scheme planning permission.

Kirkland Investments Ltd is bidding to expand the Savoy Hotel into the neighbouring Mill Building at the Henry Street-Shannon Street junction.

The scheme will see the Mill Building converted, and tastefully renovated.

But An Taisce and a private individual have both opposed the plan, appealing it to An Bord Pleanala.

The heritage body said the €8m plans “would seriously diminish the integrity, character and streetscape significance” of the existing 19th century Mill building.

They add it “would represent an unjustified loss in character of a building forming part of the industrial, archeological and social history of Limerick as a major grain port.”

“The existing Mill building represents one of the few remaining historical structures on the stretch on Henry Street. The current proposal would negatively alter the appearance and character of the building and set an undesirable precedent regarding the treatment of other historical buildings in the city centre,” An Taisce adds.

If An Bord Pleanala gives the plans the go-ahead, the proposals would also see two new cafe/restaurant units and a new entrance to the Savoy Hotel at Shannon Street.

Mr Branigan has previously said one of these will be an international French themed brasserie style restaurant.

A new connection will also be constructed between the Mill building and the existing hotel through a bridge. There will also be a new roof/plant gantry, the plans show.

The increase in rooms is being made possible thanks to the change of use of some existing apartments.

Mr Branigan said the preservation of the Mill building is “front and centre” of their priorities.

“As its closest neighbours, we feel an obligation to preserve it, but do it properly. That’s why it’s not a development of 100 bedrooms, it’s only 35. It’s a project we are entering into for the long term for the city centre, and to tie in with the city’s plan for 2030 and beyond, making the city more amenable,” he said. He added that in order to preserve historic buildings, “there has to be some commerciality involved.”

An Bord Pleanala has yet to announce when it will decide on the plans.