Elderly man dies after 'falling into fire' on outskirts of Limerick 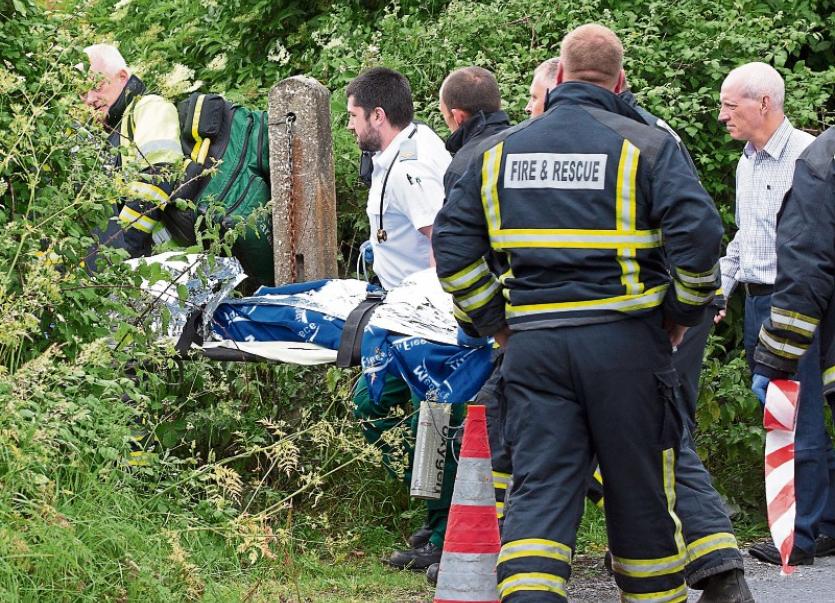 Emergency services at the scene of the fire in Meelick | PICTURE: Press 22

AN ELDERLY man has died in Cork University Hospital after he suffered extensive burns in a fire at his home in Meelick.

Joe Quinn, who was due to turn 90 years old in the coming week, was airlifted to hospital along with his son Seamus Quinn, in his 40s, after the fire at home in south Clare on Friday evening.

The father is believed to have fallen into a fire that he was lighting in the house at Knockroe, Meelick, sustaining serious burns. His son rushed to his aid, and was also injured.

It is understood that the father was put in an induced coma at the scene by a Critical Care Retrieval Physician, who is based at Cork University Hospital and volunteering with the air ambulance crew.

The pensioner was airlifted to CUH, but died early this morning.

It is believed that Seamus’ burns are serious but not life-threatening.

The alarm was raised about the fire at 5.44pm.  Four units of the fire service from Limerick city attended the scene.

The elderly father of four, was an accordion player, and was well-known for his music in the locality.

“Joe Quinn used to have a band and they used to play at all the music pubs in South East Clare and Limerick. He has always been very popular and well-liked in that regard. He played at parish socials and local weddings for forty years,” said a source.

“I grew up only 300 yards from the Quinn family, I’d know them very well. I was meeting with Joe just three weeks ago on a council issue. They’re a lovely family, extremely well-liked," he said.