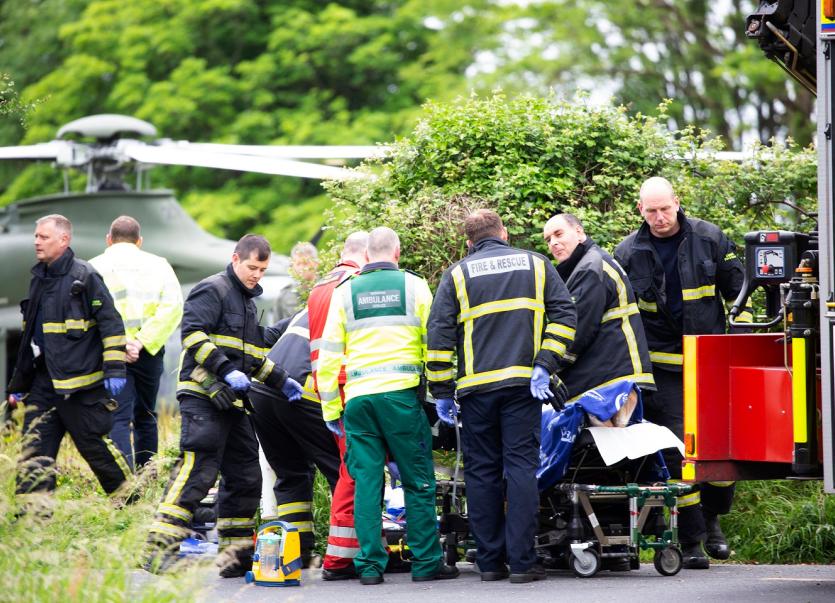 Emergency services at the scene of the fire in Meelick | PICTURE: Press 22

TWO men have been airlifted to hospital after sustaining serious injures in a house fire on the outskirts of Limerick city.

The alarm was raised at 5.44pm, when the fire service was called after smoke was detected in the house.

Four units of the fire service attended the scene and remained there for over two hours.