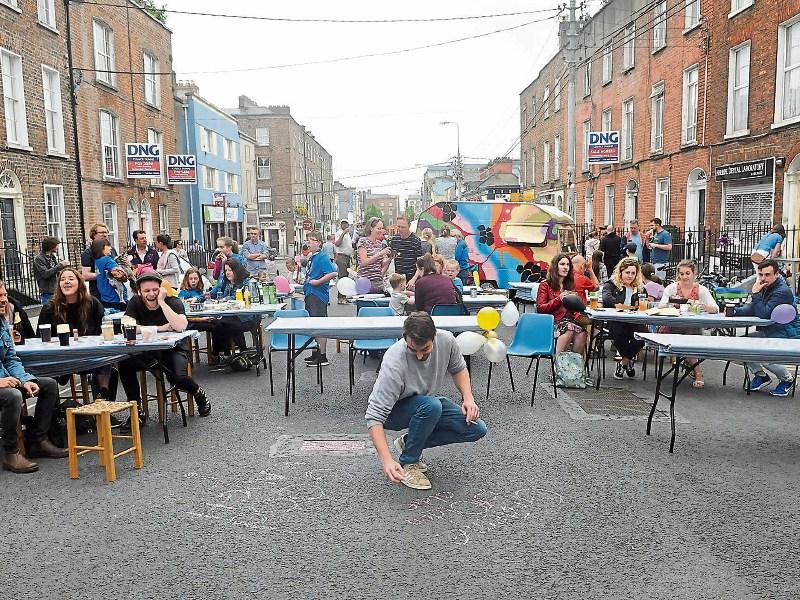 The thoroughfare was closed to traffic, and crowds came in for the annual Limerick Street Feast.

Organised by Liveable Limerick, the event was designed to showcase the vibrancy of the centre.

Picnic tables were set up on the street, while there were numerous foodie treats on offer. A stage was set up for live music, while the pubs in the area did a roaring trade.

One of those in attendance at the event was local Labour TD Jan O’Sullivan.

She said: “It was something I really wanted to attend. It accentuates the point of the need to have people living in the city. This was about people reclaiming the streets”.

“There was a lovely warm family atmosphere there. The people who organised it made the effort to make it enjoyable for children and families, and I think that was a really positive element of it. All in all, I felt it was a good use of Catherine Street. I hope it will also be an incentive for people who own buildings in the street for people to reclaim these buildings,” Ms O’Sullivan added.

Just been up there. Fantastic event. Kudos to @LiveableLimk for organising. https://t.co/72jgOb4ToJ

For more pictures from the event, see The Leader, out Wednesday morning