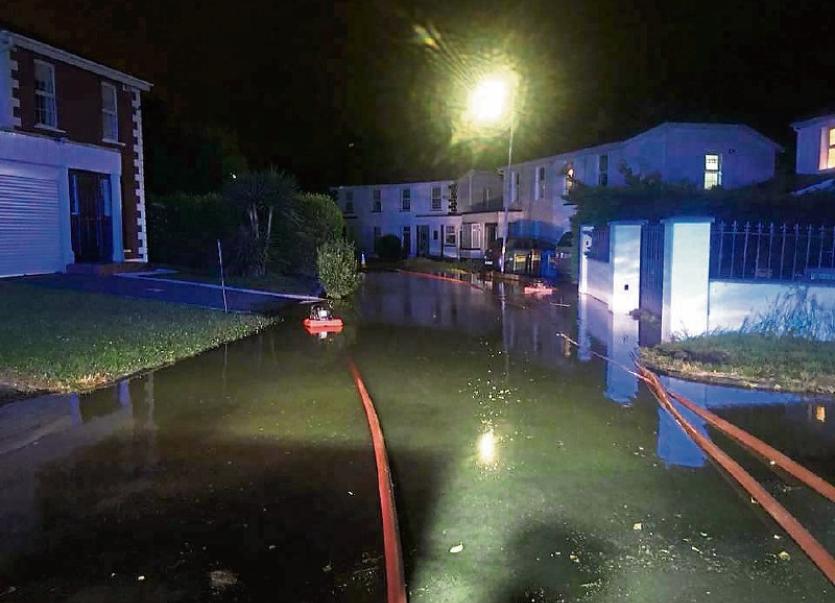 LIMERICK fire and rescue service were called to overnight flooding in Elm Park as a result of a burst water main.

Emergency service staff worked through the night, having initially being called to the area at 11.01pm. Two crews and a van were deployed.

Several floating pumps were used to divert water away from homes, while crews assisted residents whose homes were foooded.

Emergency staff left the scene shortly before 1.30am.

As a result of the floods, the water supply in the general area will be off until later on this Sunday morning.

Customers are being advised to visit www.water.ie/water-supply/supply-and-service-update/?ref=LIM022477 to see if they are affected.