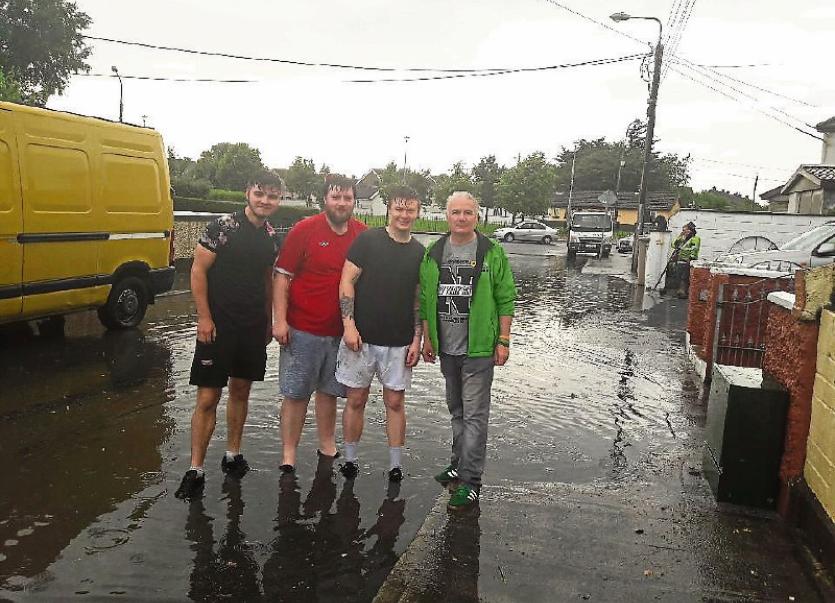 Met Eireann has put an orange weather alert in place up to 11pm tonight, while council crews are on standby.

It came after warm balmy weather gave way to thunder and lightning at around 5pm tonight.

A number of businesses in the city centre were particularly badly affected with excess water, as were access roads.

In Kileely, householders in Cregan Avenue were fortunate to not have suffered more damage following the actions of four young men from nearby Hogan Avenue, who took it upon themselves to unblock the drains under two-foot of water. 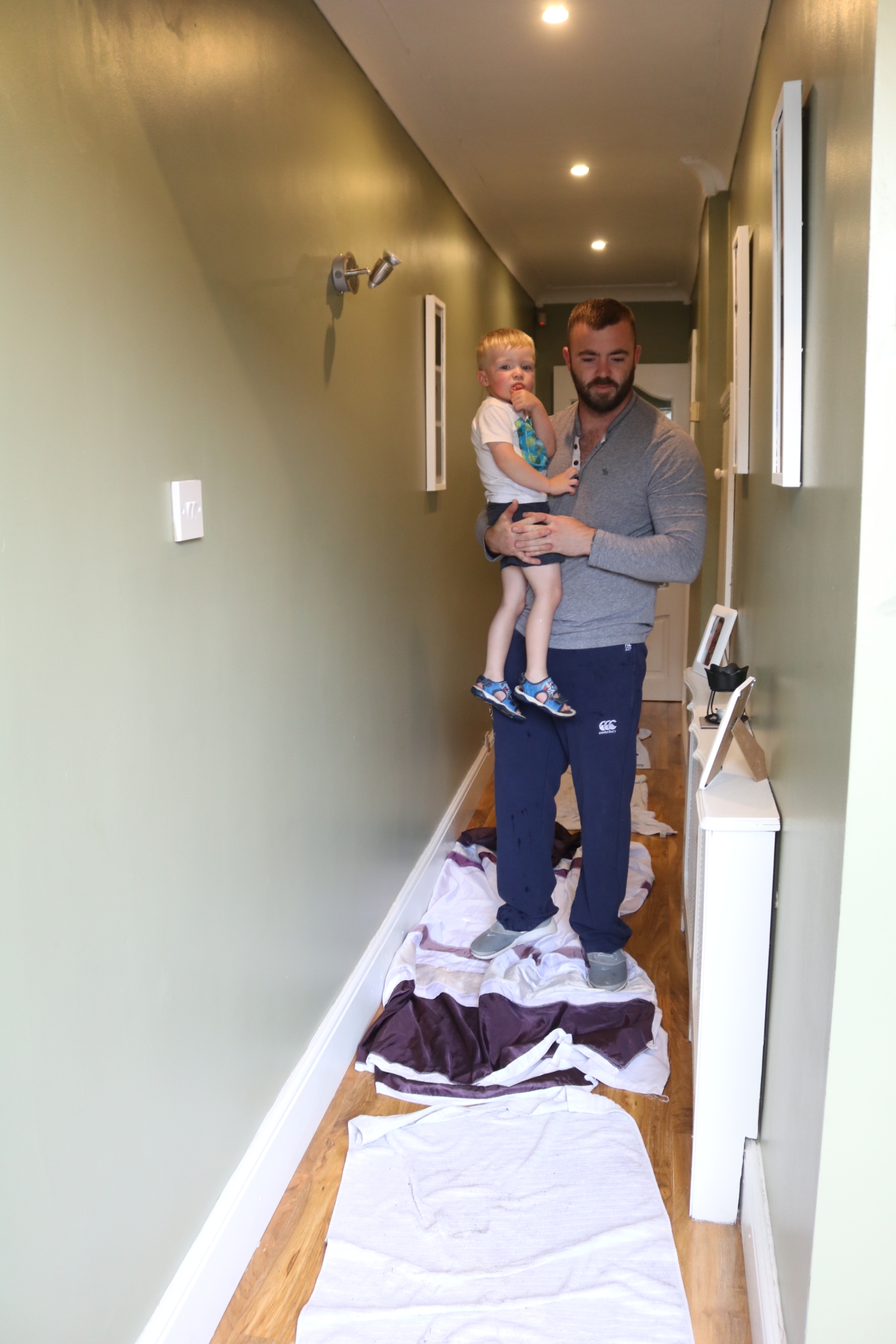 “Around four houses were about to be flooded, but thankfully the damage has been minimal. These local lads saved the day. You could almost call them the ‘drainbusters’! You cannot commend them highly enough,” he said.

“It’s been tough going down here. Thankfully the flood has subsided. People are relaxed now, they are taking it in their stride. But we had to block traffic coming in and out of the street as the water was flying down. Two or three homes have been damaged, but there is thankfully nothing to worry about,” Cllr Costelloe added.

He said he had recently at council level called on crews to clear drainpipes in case of flooding.

“But it hasn’t happened,” he said, “The drains are being neglected. They are not being cleared. We could have had serious damage done to homes in the area. The council needs to step up to the plate.”

ORANGE weather alert for Thunderstorms and Lightning and heavy rainfall in #Limerick in effect until 11pm tonight (Fri 08 Jun). @LimerickCouncil crews on standby for potential localised flooding. Please take care in areas that are affected by poor weather conditions