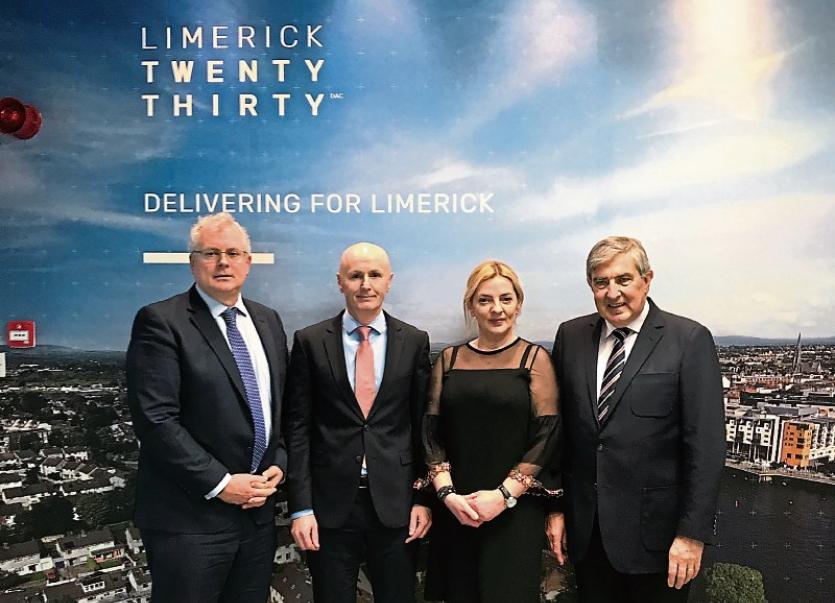 TWO massive public squares, an “innovation hub” and the potential return of houses are at the heart of new plans for Limerick's Project Opera.

The Limerick Leader can this week reveal details of a fresh design brief presented to councillors, revealing major changes to the €170m project, which could bring up to 3,000 jobs to the development site in Patrick Street.

It’s envisaged the first square, which will be within the main development – including a skyscraper up to 16-storeys – will be able to accommodate public events like concerts and outdoor cinema providing space for up to 3,500 people.​

Bank Place meanwhile, should include “robust planting” to create a “colourful waterside space”, the document suggests.

It’s understood bosses at Limerick Twenty Thirty, responsible for delivering Project Opera, are also looking at the possibility of delivering a new, world-class library on the site, with Sinn Fein councillor Seamus Browne, a board member of the company, saying he is “determined and confident” this will happen.

Bars and restaurants will populate these squares, while the document confirms the Revenue Commissioners’ still intend to relocate from Sarsfield House.

Cllr Browne added: “This is going to be an area of the city that’s bustling during the day and vibrant at night”.

The potential return of residential to Project Opera will no doubt be welcomed in many quarters, given the opposition expressed when apartment spaces were left out of plans unveiled last summer.

Designers in the plan have indicated 21,200 square metres will be set aside in Upper Patrick Street, for a mix of uses including office, higher education, and crucially residential.

An innovation hub will measure 10,000 square metres, providing flexible small business space, while the same will be set aside for the Revenue Commissioners. Up to 10,000 square metres will be made available to the IDA for letting to potential FDI firms.

“The actual plans are still a work in progress, though at an advanced stage, and for one, I am particularly keen that we will see a really good mix of commercial space with retail culture and public realm,” Cllr Browne added.

A spokesperson for Limerick 2030 insisted a residential element has “never been ruled out or in” for Project Opera.

“As with any element of the wider project, whether or not residential does happen is entirely down to viability,” they said.

Project Opera, they added, “is going to transform the physical, economic and social make-up of the city and be a very significant driver of growth regionally.”

It’s anticipated fresh plans, ready to be submitted to An Bord Pleanala will be presented to councillors at next month’s meeting.