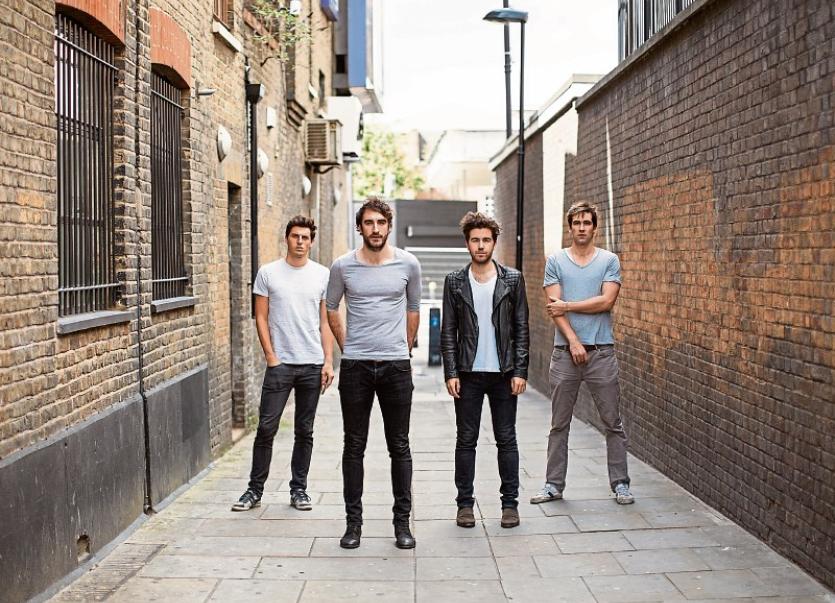 The Coronas: Returning to Limerick in August for a second show at King John's Castle

THE BAND that kicked off the latest series of shows at Limerick’s King John’s Castle are to return to the “magical” venue, it has been confirmed this Tuesday morning.

Top Irish band The Coronas are to return to the Castle for a show on Saturday, August 25, bookers Dolan’s and Shannon Heritage have announced.

Tickets for the show go on sale this Friday at 9am.

The Coronas were the first act to play at the new series of gigs in the 2,000 capacity 13th century Castle in April 2016.

Hermitage Green played a second sold-out show in King John’s on Sunday night, while Bell X1, Walking on Cars, Imelda May and Gavin James have all played or are to play this summer at the venue.

The Coronas have built a huge Limerick following down through the years and the return by popular demand will be a welcome one, Neil Dolan of Dolan's Presents said.

“We have been delighted to have been associated with The Coronas as their careers have progressed. The band performed some of their first gigs Upstairs at Dolans and since then have gone on to perform sell-out shows at the Warehouse, Live at the Big Top and at King John’s Castle,” said Neil.

“The rise of The Coronas has been nothing short of remarkable. From selling out shows at huge venues across Ireland, to headlining international tours, The Coronas continue to rank as one of Ireland’s most exciting musical exports. We are exceptionally proud to be welcoming them back to Limerick once again. Audiences really can expect something special,” he added.

Niall O’Callaghan, managing director of Shannon Heritage, said the Castle should be “considered as the centrepiece of Limerick city.

“The response to recent live music performances at the Castle has been phenomenal and we are once again delighted to be able to welcome The Coronas back to this magical space,” he said.

The Coronas’ fifth studio album Trust the Wire, released last year, was their first official Irish number one and 2017 also saw them sell-out their biggest headline show to date at IMMA in Kilmainham in Dublin.

With four double platinum albums, a slew of top ten singles, sold-out arenas and a legion of devoted fans, The Coronas have earned their title as one of Ireland’s most successful and best-loved bands.

Tickets for The Coronas playing Live at King John’s Castle will go on sale this Friday at 9am and can be purchased via the dolans.ie website or by contacting the Dolan’s box office on 061-314483.