The Coronas to play at Limerick's King John's Castle 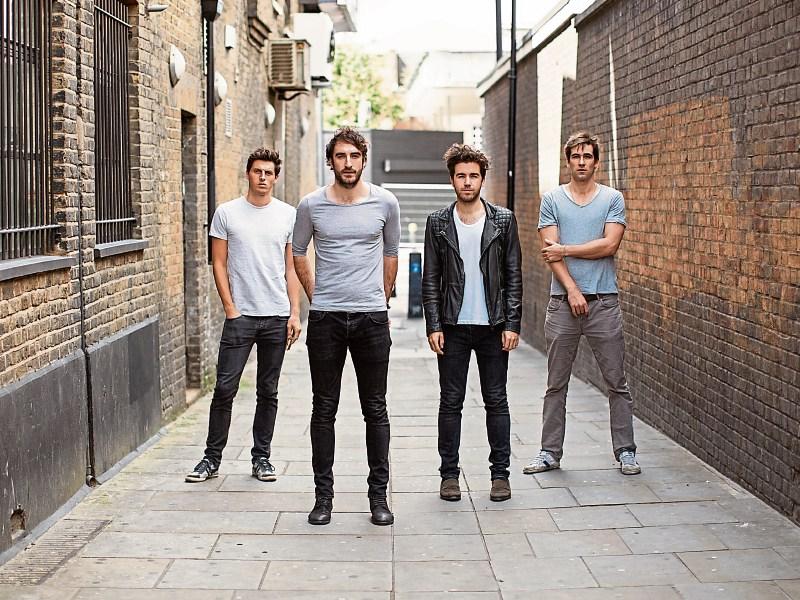 TOP Irish band The Coronas are set to be the first act to play at a planned for new series of gigs in Limerick’s King John’s Castle.

The band will play a 2,000 capacity concert in the 13th century Castle on the Saturday of the May Bank Holiday weekend, with tickets going on sale this Friday.

An official launch will take place in the Castle this Tuesday evening, but the Limerick Leader has confirmed from bookers Dolan's, who are running the show in tandem with Shannon Heritage, that the gig will go ahead on Saturday, April 30.

Neil Dolan said that the gig would be a “massive one” for Limerick.

“It is the biggest show Dolan’s have ever done and it is great coup to get one of the biggest bands in Ireland in The Coronas to do it,” he said.

“Considering they opened up the Milk Market (series of gigs), it is incredible that they are going to be the first ones to do King John’s Castle after the Frames (in 2004),” he added.

Shannon Heritage had confirmed recently that it was in talks with concert promoters to host a “significant music event” at King John’s Castle in 2016.

John Ruddle, CEO of the body, which operates tourist attractions in the region including the Castle under the auspices of the Shannon Group plc, had confirmed to the Leader that talks were underway with a view to hosting a major event in the city next year.

“We are in discussions with concert promoters to explore the potential of holding a significant music event at King John’s Castle,” said Mr Ruddle.

“We think it would be a wonderful location for concerts and we are actively pursuing this,” he added.

Mr Ruddle’s comments followed those made by Shannon Group CEO Neil Pakey who said that the venue had “great potential”.

“What we want to do with King John’s is give it events all the time,” said Mr Pakey. “I am talking to various people about big music events next year, maybe with 2,000 people coming along to it.

Shannon Heritage has hosted a number of increasingly higher profile events in the Castle since it was given a €6m revamp in 2013, with visitor numbers doubling in its first full operating season as a result.