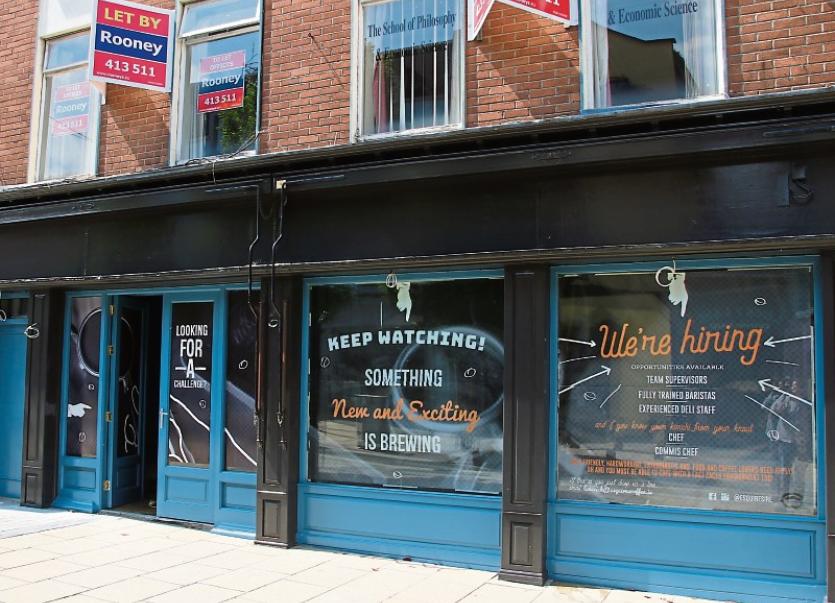 Esquires coffee is expected to be open by mid-June PICTURE: ADRIAN BUTLER

LIMERICK is in for a jobs boost after it was confirmed an international coffee chain is to open in the former Sage cafe at Catherine Street.

Some 15 roles will be created with Esquire Coffee set to open in the middle of June.

Esquires – which was founded in Canada and has operations in Britain, the Middle East, China and Australasia, as well as here – has been carrying out a €250,000 refit of the former Sage, which closed last September.

Tony McVerry, the managing director of the firm’s Irish operation, said: “Limerick has always been on the cards for us. From our point of view we only wanted to go ahead once we had the right operator, as we’re a franchise operator. When they came in, the thing was to try and get the right location.”

He said a deal was struck for the unit in Catherine Street just before Christmas.

“It is a great location. Sage had done so well over the years in that location, so we’d like to be able to continue on the tradition of good food and good beverages that Sage has been doing all along,” he said.

Of the jobs, he said they will all be full-time roles.

“We feel people are looking for full time positions, and we would like to give them these roles and look after them well in terms of pay and conditions,” he said.

Esquires Coffee will join a number of coffee shops in Catherine Street. Currently, Starbucks, O’Briens, Aroma and a number of other independent outlets operate within close proximity.