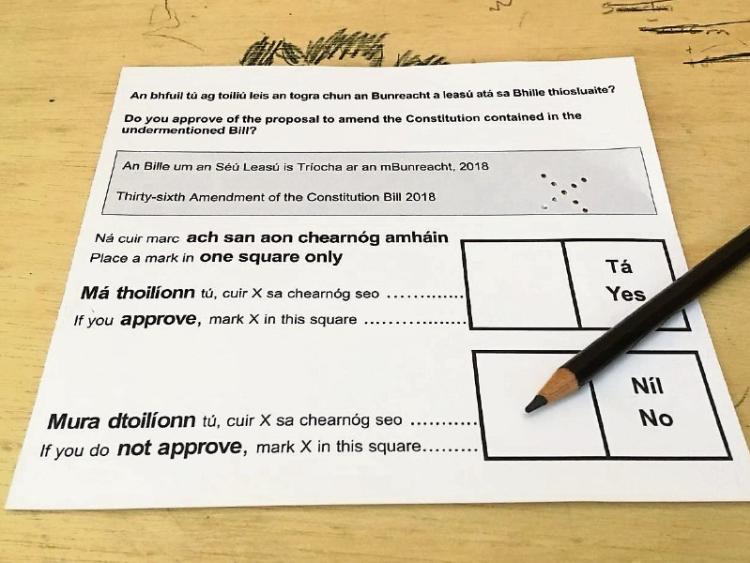 FINE weather and a huge amount of interest from the public are expected to contribute to high turnout in Limerick this Friday, as voters have their say in Ireland’s abortion referendum.

Although voter turnout is difficult to predict, council officer Kieran Lehane, who will play a key role in the count this Saturday, believes the good weather and the interest from the public could lead to record numbers casting their votes in Limerick.

In a huge late surge of voter registrations, more than 3,500 applied to have their names added to the county's electoral roll ahead of the referendum this Friday.

“It's a fine day, that will encourage more people to come out,” Mr Lehane said. “We hopefully will get a good turnout, there’s a lot of interest in it. There’s been good media coverage as well.”

Around 66,000 people are eligible to vote in rural Limerick, with a further 73,000 entitled to have their say in Limerick city.

Voters are being asked whether to remove or retain the eighth amendment of the constitution.

“When the polling station close all the ballot boxes are collected and are delivered to the count centre tonight,” Mr Lehane said.

“We’ll receive them all and we will commence the opening of the ballot boxes at 9am.”

Following the ballot paper reconciliation, in which presiding officers’ tallies of recorded votes are compared with the number of papers in each box, the count will commence.

The Limerick Leader will have updates to follow here on LimerickLeader.ie and in the print editions next week on the results.