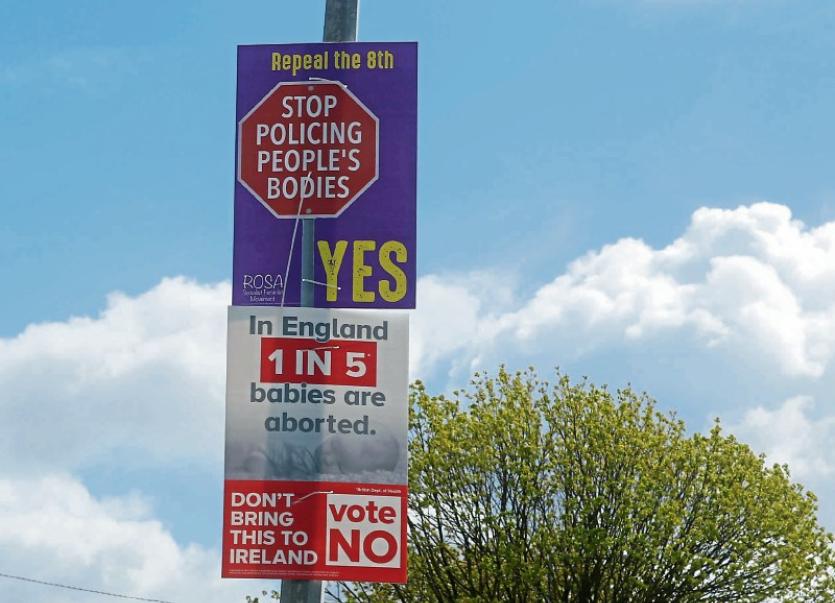 THERE has been a huge late surge in registrations to vote in Limerick ahead of next week’s controversial referendum on abortion – with over 3,500 people applying to have their say in the last three weeks.

Figures released to the Limerick Leader show that the number of people on the county's electoral roll is set to rise by 3% ahead of polling day next Friday, May 25, with council executive Kieran Lehane saying he cannot remember a rise this high.

Mr Lehane, who has witnessed 28 referenda in the past, says “it’s an indication of the public’s interest in this matter, which is good.”

By comparison, around 1,300 names were entered on the supplementary list for the Marriage Equality Referendum in 2015.

While the electoral register is maintained by the local authority at all times, people can apply to be added to a supplementary register near to each referendum or election to ensure they are eligible to vote come polling day.

With just over 3,500 joining on this occasion, it now means that approximately 66,000 are eligible to vote in the Limerick constituency, and a further 73,000 in the city constituency.

Just 1% of the people on the supplementary register are seeking postal votes, the council said.

While processing continues of the supplementary register, the figures from the council remain in draft, however, a spokesperson said the authority does not expect any “significant change”.

Mr Lehane said: “By all accounts, there is a very high number of people seeking to be included in the supplement. It does indicate a lot of interest.”

In terms of the thorny issue of whether to delete the Eighth Amendment, which protects the right of life of the unborn with due regard to the life of the mother, four of Limerick’s seven TDs are in favour of repeal.

Two are against the deletion of the provision, while former Finance Minister Michael Noonan and his Fine Gael party colleagues, Senators Kieran O’Donnell and Maria Byrne still to state their views on the matter.

Limerick’s two Fianna Fail polltoppers Willie O’Dea (No) and Niall Collins (Yes) are on opposite sides of the argument, while Fine Gael’s county TDs Patrick O’Donovan (No) and Tom Neville (Yes) also differ.

Voting will take place in both constituencies between 7am and 10pm on Friday, May 25.

A team of cstaff will begin the count at 9am on Saturday, May 26 with a final result expected by afternoon.

The votes cast in the two Limerick constituencies will be counted separately and the local results will only be announced once they have been sent to the national returning officer.

National surveys reveal up to one in every five voters have yet to decide on how to vote next week.