Nigel Dugdale - Limerick and Proud: Put some art and soul into city 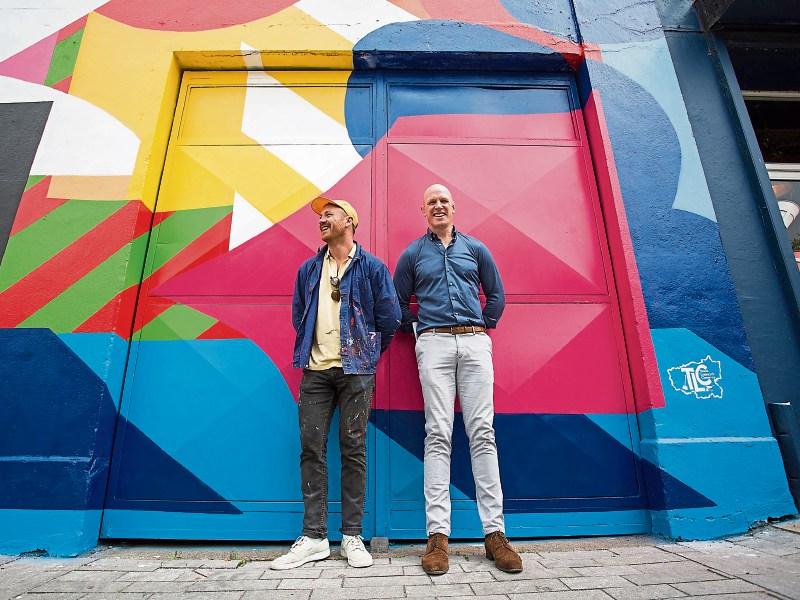 THERE is currently a palpable sense in Limerick that progress in our city centre is far too slow. As residential, commercial and educational developments blossom in our suburbs, our city centre feels as if it is lagging.

Part of the concern is that the local authority, via its economic development vehicle Limerick Twenty Thirty, holds a monopoly when it comes to development projects and sites in the city centre.

The fact that our key city centre projects are being developed and led by the local authority has resulted in delays. I’s must be dotted and T’s must be crossed. Progress is frustratingly slow.

Our former Opera site is a symphony waiting for its first movement to be written. The former Cleeves site has yet to churn its proposed masterplan. O’Connell Street’s much lauded revitalisation project has hit a roadblock.

In the meantime, out-of-town parts of the city thrive.

Granted, the International Gardens is now well on the way to completion. We must remember this was already half-built and had existing planning, however.

The city centre stakeholders I speak to are right to express concern. For years we have listened to the local authority pump out messaging like a washing machine on spin cycle. We have little to show in terms of tangible results.

While we wait for the construction Deus Ex Machina to greet our city with its presence our city needs a lift.

At the same time as black asphalt was spread across our city pavements under the cover of darkness last week, the city did get a little breath of fresh air.

A new piece of urban art popped up on Thomas Street. This bright, cheerful wash of colour transformed what was the dull, grey façade of our former fire station building.

Funded by JP McManus and gifted to the city by the Team Limerick Clean-up organisation, this new urban art addition immediately put a smile on people’s faces. The public relations it did for Limerick was both positive, effective and (importantly) cost nothing.

The piece was designed and implemented by the artist Maser, who has been described by some as Ireland’s answer to Banksy.

In this column I have consistently supported the addition of urban art in our city.

Urban art can fundamentally change the feel of a space for the better. It is relatively cost effective to commission and has the power, not only to improve our public realm but, to put us on the tourism map.

Limerick introduced the concept of urban art to the city centre during our year as National City of Culture in 2014. Led by the Draw Out project, the city played host to several the world’s leading urban artists.

Limerick’s move towards urban art is not unprecedented. Sydney’s urban art scene is thriving with an entire quarter devoted to showcasing works.

Other cities are seeing economic and tourism benefits as a result of global reach these works can create. An artistic genre once considered taboo can now play a key role in a city’s cultural and tourism sphere.

Unfortunately, after 2014 our city’s leaders didn’t recognise the positive boost such simple additions could provide. Instead of continuing to invest in more pieces we put a halt to it, commissioning poorly realised public sculptures instead.

As our city waits for investment and development projects to come to fruition we must find simple ways of brightening and improving our public realm in the interim.

Not too long ago we saw Limerick Civic Trust fund an urban art installation on a derelict site on Bridge St. It has been a very welcome addition.

Urban art is, in my opinion, a no brainer. Private bodies have led us to the light. Now I believe it is time for the local authority to buy into the urban art concept.

With a little creativity, a little bravery, and a little vision Limerick could be one of Europe’s leading exponents of the urban art movement.

A few years ago, I heard Limerick historian Sharon Slater tell the story of Lady Heath, an extraordinary aviation pioneer. Not only was her story incredible, it was also locally pertinent. For Lady Heath was a Limerick woman.

Discovering little tit-bits of local history is always a joy, particularly when it allows you to discover fascinating new characters from Limerick’s past.

I was therefore delighted to discover that a new TG4 documentary, to be broadcast next week, will feature the fascinating but tragic story of Limerick actress Constance Smith.

I must confess I had not heard of this woman until recently, but her story sounds deliciously tabloid as well as being a tragic tale of wasted talent.

The documentary, Constance Smith – Tragoid Hollywood, is set to air on TG4 and will feature interviews with both well-known Limerick people and Hollywood stars.

Hailed as ‘the next Grace Kelly’, Constance Smith was a Limerick-born actress who had it all. She was the muse of legendary producer Darryl F. Zanuck, the wife of a celebrated actor and director, a co-star in Hollywood movies. Jack Palance even called her the ‘Dublin Dietrich’.

Constance Smith – Tragoid Hollywood will air on TG4 on Wednesday, May 30.