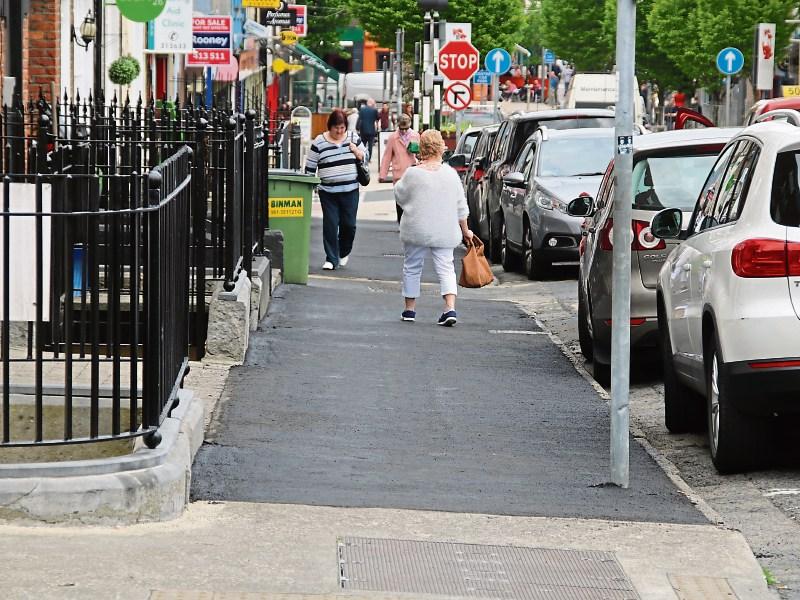 The Council has come under fire for tarmacking several streets in the city Picture: Adrian Butler

LIMERICK City and County Council has come under fire after repairing stretches of damaged streets across the urban area with tarmac.

A thick, sticky, black covering was laid down on various parts of O’Connell Street, Patrick Street, Catherine Street Roches Street and other thoroughfares earlier this week, leaving retailers up in arms.

Sean McIlfatrick of Lawless Flowers in Roches Street says he has complained to the council’s operations department. He is urging other traders to do likewise.

“Our customers have been coming in all day commenting on the look of it,” he said. “Shopkeepers are saying how patchy it is. Some sections have it, others haven’t. What impression does this give for the city centre, to have pavements looking like this?”

Fellow trader Brian Mortell, Mortell’s Delicatessen and Fish Restaurant added: “It’s absolutely disgraceful. I can imagine some poor traders with carpets and mats in their doors being black. Wait until the sun comes and let’s see what we have.”

He added: “If there was a burst pipe outside my shop, they wouldn’t be able to come to fix it in the middle of the night if water was pouring in my door. But of course they can come along and do this. They know people would object if they did it in the day. O’Connell Street is abominable.”

It’s understood a council staff member has addressed complaints from retailers this morning, and will feedback to the council engineer.