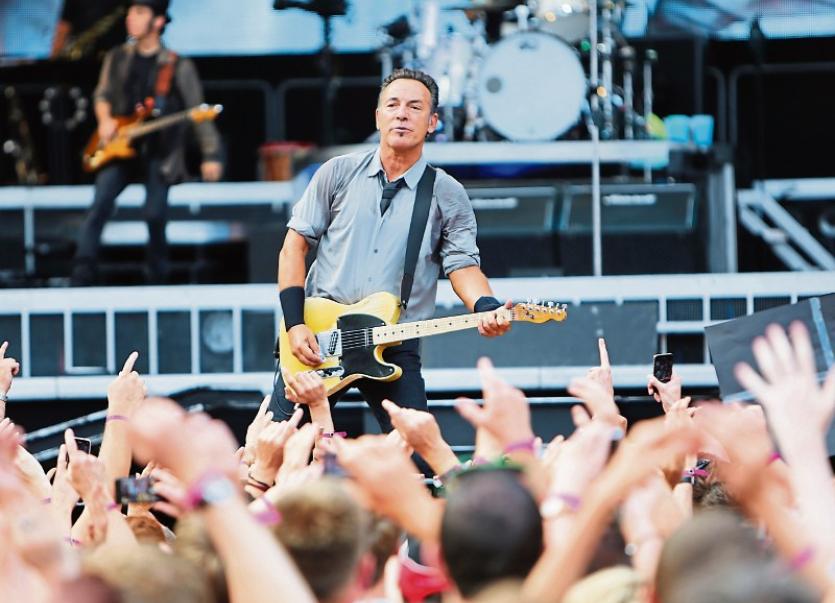 THOMOND Park bosses are to sit down with councillors and the business community in a bid to secure high-profile performers for concerts at the Limerick stadium.

With Galway and Cork this month hosting Ed Sheeran, questions had been asked as to why the ‘Perfect’ singer did not stop off in Limerick on his tour.

At this month’s metropolitan district meeting this Monday, stadium director John Cantwell described the lack of gigs at the venue since Bruce Springsteen in 2013 as “the elephant in the room”.

He said concerts before this – which also included Elton John and Rod Stewart – delivered a €140m boost to the local economy. The lack of concerts in the last five years he blamed on promoters “consolidating” shows to Dublin venues and the continuing recession.

“The only way we are going to get a concert to come is to make it happen ourselves. Thomond Park is a world class facility. We have everything in place. It’s just a case of ‘plug and play' and we are ready to go,” Mr Cantwell told the meeting.

He also revealed no business people had knocked on his door seeking to help in the roll-out of a concert.

Munster Rugby chief executive Garrett Fitzgerald added: “We are running a business. We have to be very frugal in how we use our money. We struggle to break even – in fact we don’t break even at the moment. A gig is hugely important. It would do more good for local businesses and Limerick than it would for us.”

Mr Cantwell said for Bruce Springsteen, even before other costs had been factored in, his appearance fee ran to €2m.

Councillors were supportive of the call for a task force to examine why the city is failing to attract large scale concerts, with James Collins saying the local authority could put some money towards it from its General Municipal Allocation fund.

“Money is available, we just need to know how best to help you. We both have a common goal,” he said.

“We need to be realistic. It is a very tough competition to attract major artists. Instead of having one artist, we need to look at all-day festivals to get us back on the road.”

Former Shannon Development executive Cllr Marian Hurley said it annoys her when she hears of friends going to see gigs in Dublin.

“I went to a concert at the Point [the 3Arena], and it took three modes of transport to get there, and four modes to get back to Limerick. With Limerick, it’s so easy to get in and out,” she said.

There was meant to be a gig at Thomond Park this July with Steps set to join Blue and Aqua in Ballynanty. But it was cancelled due to "unforeseen circumstances".