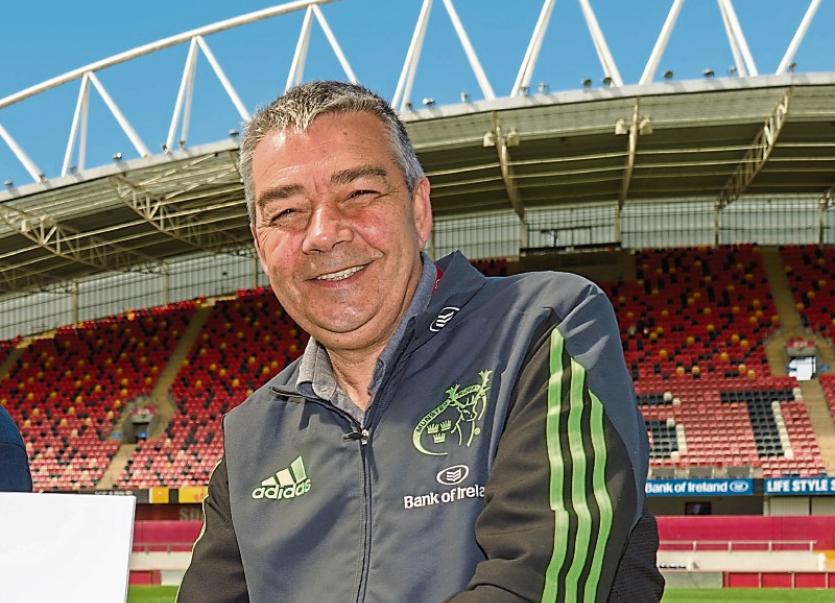 John Cantwell says stakeholders should be knocking down his door

THE director of Thomond Park stadium says local stakeholders who would benefit from large-scale concerts in Limerick should be ‘knocking down’ his door seeking to help in whatever way they can.

John Cantwell says he is suprised that more people are not coming to him and his team to offer their support and ideas as to how concerts could be secured.

He was reacting to recent calls for a concert task force to be established to determine why Limerick is being “passed over by big-name performers”.

Speaking on Live 95FM’s Limerick Today programme, which is being broadcast from Thomond Park this Thursday, Mr Cantwell said he hopes more concerts can be secured for the venue.

“We are fully committed that large scale concerts will be back in Thomond Park in Limerick and we need all the stakeholders to get together and that is what we are working on,” he said.

It is estimated the Bruce Springsteen concert in July 2013 was worth around €10million to the city and the wider region. Other artists who have performed at the venue include Rod Stewart, Elton John, Pink and boy-band JLS, but there has been no major concert there since Springsteen five years ago.

“There are hotels, the hospitality sector and everbody like that. So it surprises me that the door is not knocked down with people that have a vested interest saying ‘how can we help? What can we do? How can we make it happen?’,” said John Cantwell.

Despite being provisionally booked for Thomond Park, singer-songwriter Ed Sheeran instead opted to perform at venues in Cork, Galway and Dublin as part of his Irish tour and, earlier this month, a concert featuring UK act Steps which was due to take place in July at Thomond was “withdrawn due to unforeseen circumstances”.

Mr Cantwell said while he was disappointed the Ed Sheeran and Steps concerts did not materialise, he respects the decision of the promoters who have a difficult job to do.

“It’s not that easy, that’s why there are so few promoters about - it’s high risk so I always respect the decision whether I agree with it or not, because they are putting all the money on the table,” he said.

Meanwhile, local production company CWB, who are running the upcoming Feile Classical events in Thurles, are proposing to hold an open meeting to discuss the future of "large scale concerts" in Limerick next week.

"Our locally based company CWB has just conceived and sold out two stadium concerts with 20,000 plus attendees for Tipperary with the Feile Classical series, which will result in a €7 to €10 million boost for the local economy there," said Joe Clarke of CWB.

"This is one of four large scale projects we have been contracted to deliver for clients across Europe this year.

"In January of this year we presented a concept for LEAF, a scalable large event in Limerick to the LCCC Cultural SPC. Together with our advisory board we are hopeful on delivering this concept in 2019 for Limerick.

"In the interim however it seem obvious that there is a clear desire within Limerick for an open discussion on large scale concerts and events and to facilitate this we would like to invite everyone interested in discussing to an open meeting on Thursday, May 24 at 8pm at The Commercial on Catherine Street.

"It will be a facilitated open meeting to hear everyone’s views and make a plan to move forward," he added.