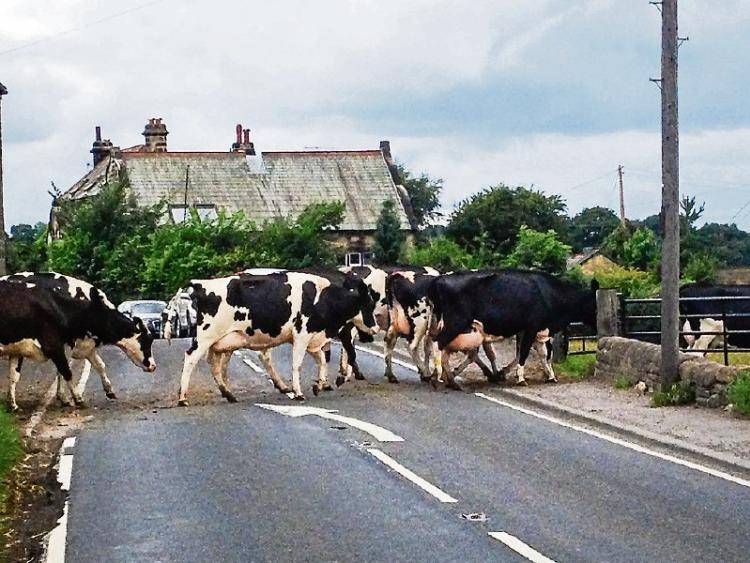 A MAJOR talking point in the County Limerick, and indeed, national farming community in the last week has been the result of a court case in Kilmallock.

As reported in the Limerick Leader, a dairy farmer was fined €300 for permitting dung/urine to be left on the Effin road.

He pleaded not guilty but the judge convicted him of the offence.

The garda prosecution occurred after a motorbike rider had an accident at the location where the farmer’s cows cross.

“It was very slippy on that section. I took photographs,” said the garda, who contacted the farmer in question.

The solicitor argued that there was no proof  the dung came from his client’s animals but the judge didn’t agree. Appeal papers and recognisance were lodged in court.

Limerick ICMSA chair, Tom Blackburn, who coincidentally also farms in Effin, said a number of farmers have spoken to him about the case.

“There could be huge ramifications to this. I am in the same boat as him. I have to cross cows across the road as well. I am very, very worried about it,” said Mr Blackburn.

He asks  “Are we facing a situation where everybody is going to be forced to put down an underpass?”

Mr Blackburn can’t see any way to solve the problem as cows have to go from A to B and if land is divided  by a  road they can’t fly to the new pasture.

“Cows do bring out muck on their hooves. It is really out of our  control. There is huge ramifications to this court decision,” said Mr Blackburn, who described his neighbour in the case as an “excellent farmer”.

“He is trying his best - like all the rest of us - to do everything as right as he possibly can,” said Mr Blackburn.

In summing up, the Limerick ICMSA chairperson said in future incidents of this nature that, “common sense will have to prevail”.

There was a mixed reaction to the story on the Limerick Leader website.

One said: "Where cattle cross the roads I think the farmers should clean up. It is not like they have to go out with a brush and brush it. There are road sweepers available to buy and be attached to the tractor. It would take a few minutes to do.”

An opposing view from another reader was: “Unless you can put incontinence pads on cows you can hardly be held responsible for their movements!”