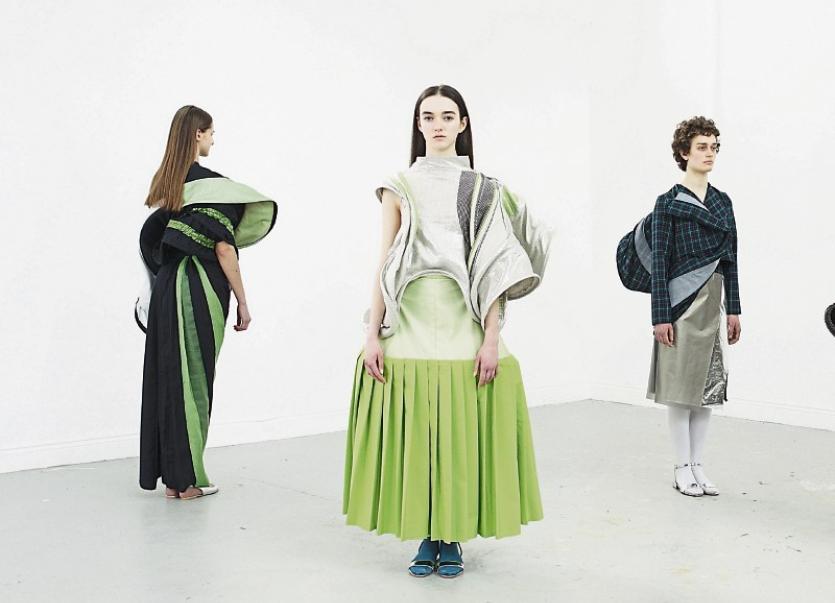 ‘Discord’ by Anna O'Doherty, one of the designs being unveiled at the LSAD grad show this Thursday

EMIGRATION, both past and present, mental health, and the dramatic rescue of a work of art during World War II inspired just some of the graduate collections produced by young designers at the Limerick School of Art and Design in LIT.

Anna O’Doherty from Newcastle West was influenced by the rising problem of mental health in today’s society and her collection ‘Discord’ tells of her own personal experience.

“It's about my story; I wanted to touch something personal,” she explains.

Anna captured her own experience of depression through illustrations and line drawings of her facial expressions. She then used bold prints and boning along with clashing colours and textures to tell a story of “resilience, acceptance, and the will to overcome the challenges one faces with depression.”

“It's about balancing bad feelings,” she says.  “I wanted to tell my story and say that everything can be overcome. That not all bad things can come from it. Usually collections when they are influenced by mental health, they’re darker.”

“I wanted to bring colour into it, to show that there might be happy moments too and that you can get through it.”

Her designs recently made the finals of the Irish Fashion Innovation Awards and have been selected for the Graduate Fashion Week in London next year.

“I get to share my collection over there and that’s a massive opportunity really.” 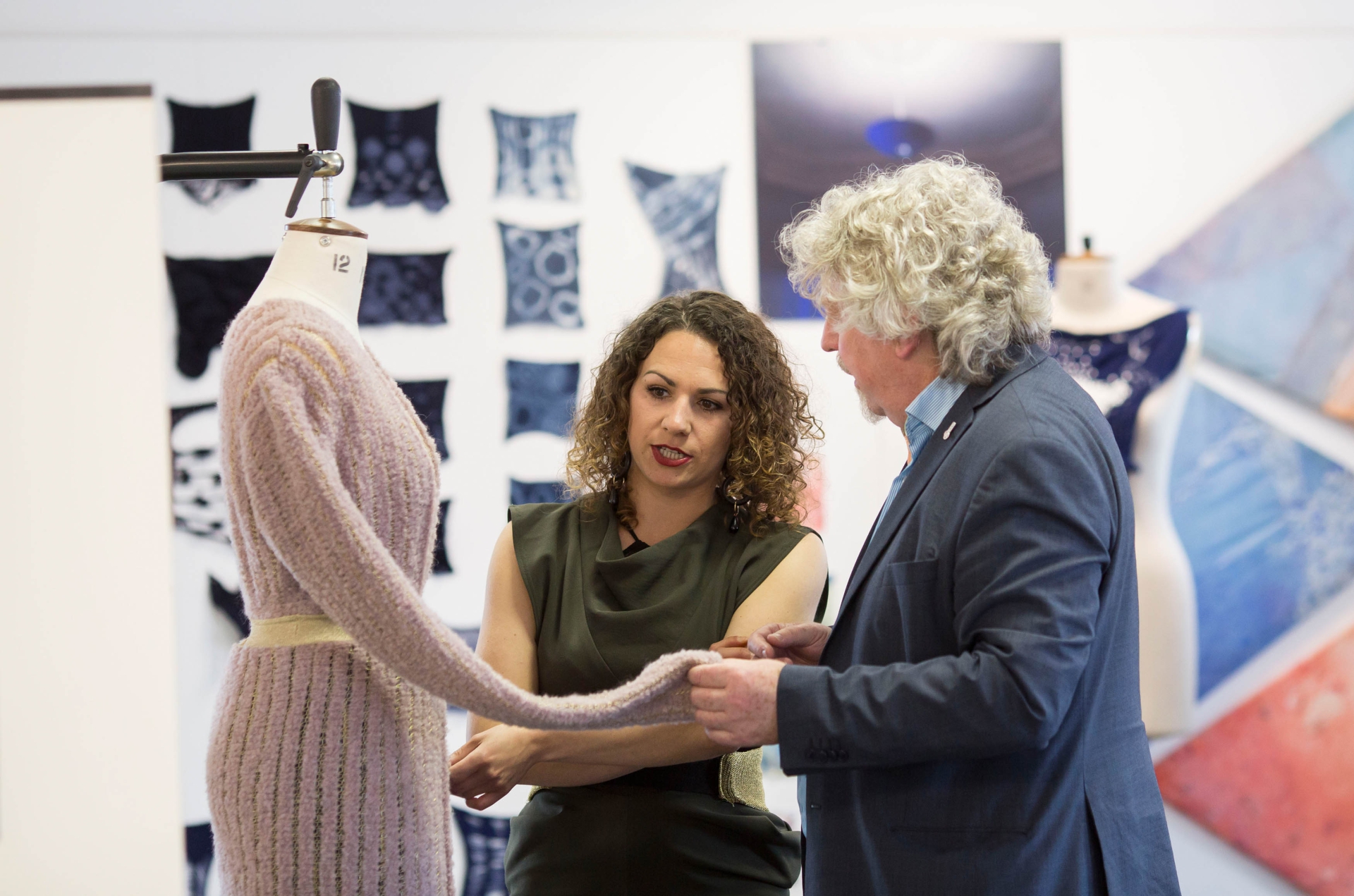 Aoife McNamara, from Mungret, wanted her collection to portray a strong reflection of Ireland, and was inspired by Annie Moore, the first Irish emigrant to arrive at Ellis Island in 1840 during the Famine.

“It was inspired by Irish heritage,” she explains. “And also about coming from poverty in Ireland to New York and this dream of having a new life.”

Irish crafts such as basket weaving and tweed from the Donegal Woolen Mills feature heavily, she adds.

“Irish heritage was something I really wanted to see in my collection.”

She was also influenced by her own experience as an Irish person moving to the Big Apple, she adds. Aoife recently completed an internship with Marc Jacobs in New York.

“It was amazing, definitely a once in a lifetime experience,” she says.  ”New York is really the place where dreams come to life. I wanted Irish heritage to be the main focus of my collection but definitely moving to New York had an influence as well.”

After she graduates, Aoife hopes to head to Paris for the summer.

She plans to spend a year working in the fashion industry before she takes up a Masters Degree.

Laragh Ryan, a soon-to-be graduate of LSAD, focused her six-piece collection on the vulnerability of Syrian refugees and the “horrifying” journeys they make on their search for safety.

“I wanted to give a voice to Syrian refugees because I feel like the Western World has forgotten about them. I started researching the different stories of people who had to go on this journey.”

Her collection, called Passports, Lifejackets and Lemons, starts out quite heavy, full and weighed down with fabric and bags to represent the belongings refugees initially try to bring with them. As her collection progresses, the garments become lighter, to represent their loss.

“I wanted to tell the story that has happened to so many of them,” Laragh says.

“That they start this journey with as much as they can carry to try and bring their homes with them and then they find somebody who promises them they will take them to a new, safe land but they end up beaten, and the women raped, if they can’t pay their smugglers’ fee.”

“They cross entire oceans and can end up losing their entire family.”

Gregor Pituch, born in Slovakia and raised in Tralee, says he fell in love with Limerick and with LSAD the minute he walked through the front doors.

“I knew this was the place for me,” he says.

“My inspiration was based on the ‘Winged Victory of Samothrace’ which is a piece in the Louvre,” he explains.

“I did my internship in Paris, with Atelier Aganovich Paris, so I spent a lot of time in the Louvre.

“That piece really inspired the entire collection. It's all about the drape, the artful drape.

“My internship was challenging but it was fun for sure. I learnt a lot.

“My plan now is to do a Masters as soon as possible, so it's just trying to save up the money, but that’s the next step. I’m thinking about going to Copenhagen.

“I really like Denmark and I’d love to explore the Danish fashion scene,” he added.