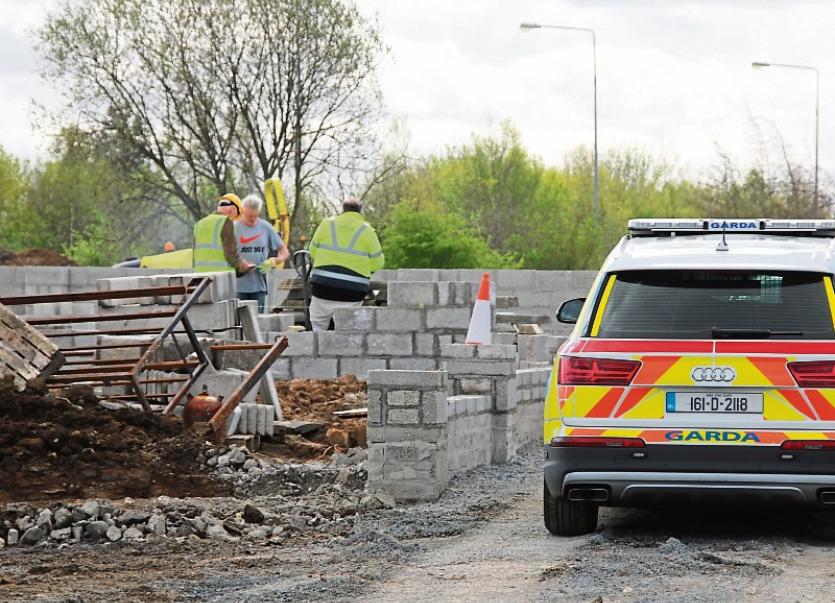 LIMERICK City and County Council has been granted an extension on an interim injunction requiring all unauthorised construction works at a site Ballycummin, Raheen be stopped until the end of this month.

Officials from the local authority are continuing to monitor the activities of workers at the site, located on the outskirts of the city, amid concerns that a “Dale Farm-type scenario” might develop.

The matter was heard again at Limerick Civil Court in Merchant’s Quay last Thursday where the extension was granted.

Ellen Cawley, of Toppins Field Halting Site, has been granted planning permission to build a two-storey house at the site. But it is the council’s contention that additional unauthorised works have been carried out in recent weeks.

Judge John Hannan, presiding at Limerick Civil Court on Thursday morning, granted an extension on the order until May 30.

Ms Cawley told Judge Hannan that she was getting access to legal representation.

In late April, during an ex-parte application (one-side only) Pat Quinn BL, instructed by solicitor Will Leahy, told Judge Francis Comerford the council was concerned it could be faced with a “Dale Farm type scenario” if the order was not granted.

Members of the armed Regional Support Unit accompanied council officials to the site last month, as they personally served workers with copies of the court order – as per Judge Comerford’s instructions.

In an email which was sent to councillors about the matter last month, a Limerick City and County Council official stated it would “monitor the site over the coming weeks to see if the injunction prohibiting works is complied with”.