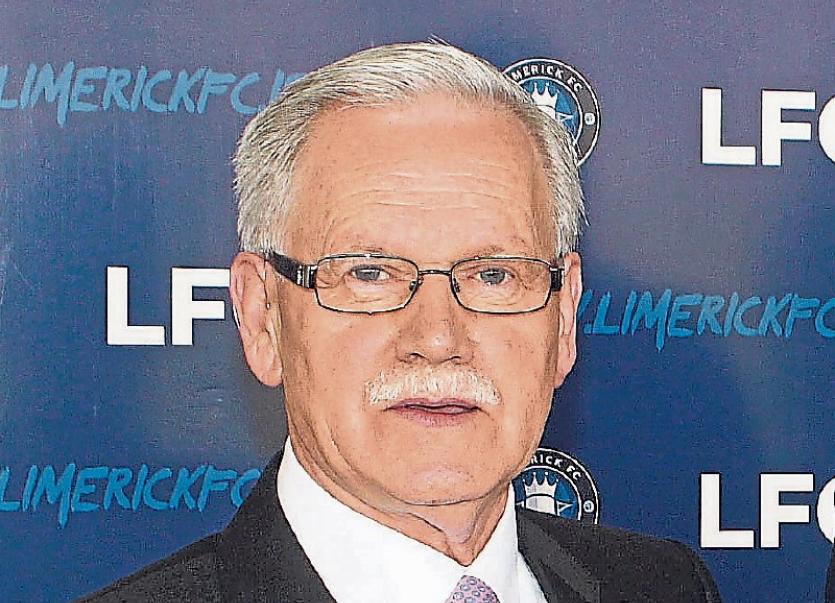 EXCITING redevelopment plans at Limerick FC’s training base in Bruff are set to be unveiled in the next month, club chairman Pat O’Sullivan has said.

Mr O’Sullivan, who chairs the city’s senior soccer outfit, has confirmed big plans to redevelop the former FCJ convent in the town which since 2014 has been its training, business and community headquarters.

He told the Limerick Leader that planning applications for new pitches at the facility, known as Kirby O’Sullivan Park, will be made “in the not too distant future”.

“We are very far down the road with a large section of the main convent. I would say in about a month’s time, we will have an open day for the public to come out and see what we’re all about,” the Ballylanders businessman added.

Meanwhile, Mr O’Sullivan – who has invested millions of euro since he took the reigns at the Markets Field outfit in 2009 – reiterated his need to reduce his investment in the club.

To this end, he is hosting an evening aimed at developing a strategy for the growth of the Airtricity Premier League club at the Savoy Hotel.

Kicking off at 7.30pm this Tuesday, May 8, businesses from across the city and county are invited to lend their support to Limerick FC, with the event being addressed by members of the side’s management team including first team boss Tommy Barrett.

The event will highlight the good work being done in the community, and Mr O’Sullivan says he believes with the right support, Uefa European soccer can be brought to Shannonside.

The event comes hot on the heels of a similar event the club held in Dublin.

Mr O’Sullivan said: “Limerick people based in Dublin were really taken aback by the amount of work we do, so we have decided to do something similar in Limerick in the hope people can financially support the club. We would say companies could use it for their Corporate Social Responsibility Projects, for those who do not have them. Then of course they can contribute to the club through that.”

He pointed out tax savings can be made on any expenditure made to the club.

Before the 2018 season got under way, Mr O’Sullivan said in a video to Super Blues fans that he hopes to sell his majority share, stressing there is a €500,000 gap needing to be bridged to advance Limerick.

Since that message in January, Mr O’Sullivan confirmed there have been people “showing an expression of interest.”

“But it hasn't gone any further,” he added, “Things are going on in the background. But there’s nothing to say we’re near to concluding an agreement or anything like this.”

For the time being, he says, he remains “as involved as ever”.

“But at my age, I cannot keep doing everything I’m doing. I  need some financial support and other support. Why is it being left to one person to carry the financial load. Bear in mind we have six national teams and I’m carrying the load for all of this. It’s not fair, it’s not reasonable, and I think it will be a reflecting of a city maturing insofar as the people, the corporates and the council executives recognise the importance of our sport and give us formal backing,” he said.

Mr O’Sullivan called for a more positive dialogue around the club, adding: “Imagine if we were able to bring European soccer to the city. People criticise us but the discussion needs to be a lot more positive, more about what we can do to make the team better. This is an opportunity for companies to take more of a role in the forefront.”

One of the things he is looking at developing out in Bruff is a soccer training camp for girls aged 11 to 13 who might not be involved in any structures in the city, in order to build their confidence.