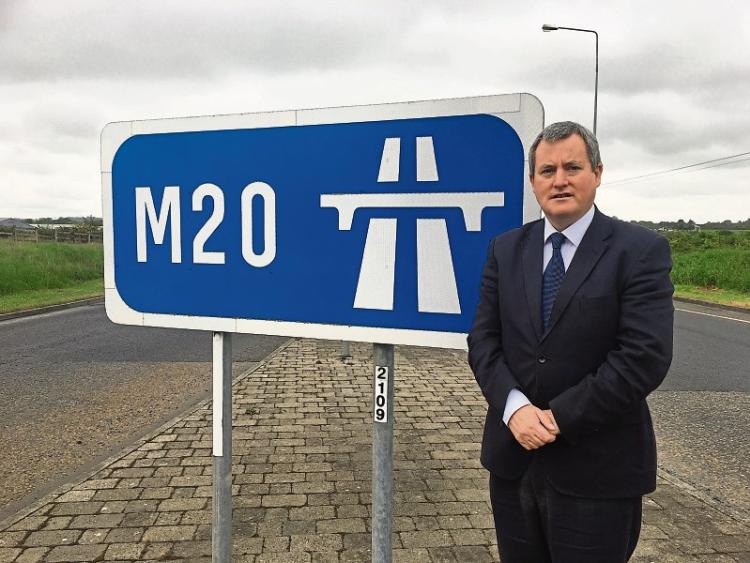 A MULTI-MILLION euro pre-tendering document for the Limerick to Cork motorway has been published.

A comprehensive call-out to contractors to deliver the new M20 scheme – which is included in the government’s capital plan, has been published this Tuesday.

The notice from Limerick City and County Council and Cork County Council calls for technical consultancy services from a “multi-disciplinary engineering led consultancy team” to provide the engineering, environmental, economic and appraisal service to deliver the €1bn project through the planning and design phases.

The publication of the tender document – which has a total estimate of €8m – has been hailed as an “enormous step forward” by Senator Kieran O’Donnell, who said the project would also reduce commuter times and to provide a link for the west of Ireland from Cork to Limerick and onto Galway.

“It’s a game changer in terms of the M20. We now have the formal tendering phase under way,” he said.

Mr O’Donnell outlined how expressions of interest would now be sought from contractors. They have until May 24 to come back.

They will then be whittled down to four or five preferred contractors, with the successful company expected to be in place by the end of August, he said.

For more, see The Leader tomorrow and the weekend editions on Thursday.