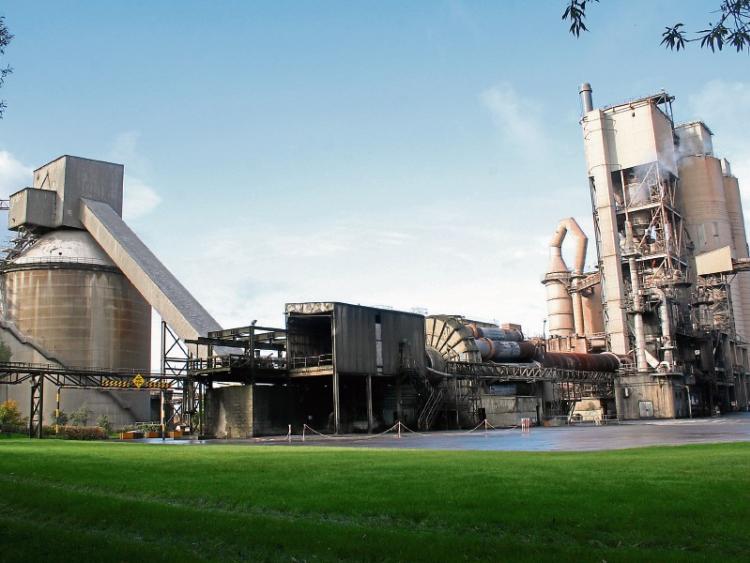 IRISH Cement has been removed from a ‘watchlist’ drawn up by the Environmental Protection Agency (EPA) to target improvements in environmental compliance.

The firm’s plant in Mungret was placed on the ‘National Priority List’ earlier this year for failing to meet the necessary environmental standards.

But just a fortnight after An Bord Pleanala gave the firm the go-ahead to complete the infrastructural work associated with switching away from fossil fuels in favour of solid recovered waste and tyres, the EPA has also taken the firm’s list.

The EPA said this followed “improvements in compliance”.

But the move has been criticised by Limerick Against Pollution (LAP) and local Labour councillor Joe Leddin who described it as “a very strange decision to take”.

Irish Cement’s €10m programme has proven to be controversial in the local community, with residents fearful of a negative impact on the local environment.

There have been a number of blow-outs allegedly emanating from the plant, covering local houses and cars in a thick dust.

The plans were the subject of a four-day hearing last August.

Claire Keating, LAP, the main opposition group to these plans, said she is not surprised at the removal.

“The fact they are self-regulating, it appears the EPA are by-standers with regard to this. It leaves very little confidence in the EPA,” she said.

Cllr Leddin added: “Being on the watchlist gave some semblance of peace of mind and security to residents that there was ongoing monitoring as to the emissions.”

He feels following the grant of permission from An Bord Pleanala, greater monitoring from the EPA would have happened.

“It certainly doesn’t give you any level of confidence in the EPA,” the Labour man added.

LAP is to hold a public meeting this Friday night, 7.30pm in the South Court Hotel.