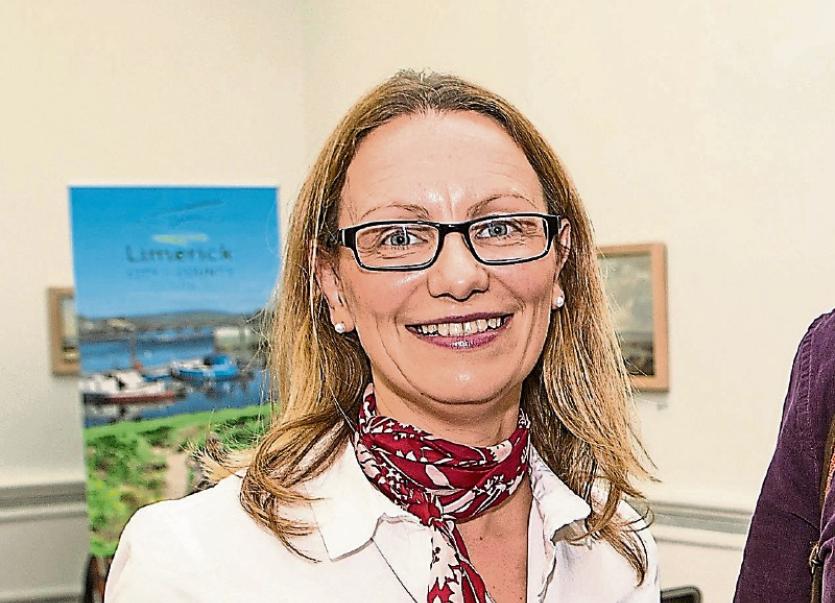 A SENIOR planner has warned that some areas in rural Limerick which have been earmarked for residential development may have to be ‘de-zoned’ to ensure that the population of the city grows.

Maria Woods made her comments when briefing councillors about the potential implications of the National Planning Framework (NPF) for Limerick.

Under the NPF, which was adopted by government earlier this year, it is anticipated the population of the city and its environs will increase from just under 95,000 people to between 145,000 and 150,000 during the lifetime of the 2040 plan.

The National Planning Framework, which runs to 182 pages, says growing the population of the city is vital for the development of the wider region.

“This must be underpinned by sustainable employment and housing development, focused on the broader Limerick-Shannon Metropolitan area and a strengthening of the urban cores of the county towns and principal settlements, as well as in rural areas,” it states adding that 50% of all future population growth must be in the country’s five main cities – Dublin, Cork, Limerick, Galway and Waterford.

At a meeting of the Economic Development, Enterprise and Planning SPC concerns were expressed that the NPF will have a major impact on rural communities across Limerick.

Ms Woods confirmed that population figures have been set at “a regional level” and that final allocations will be made by members of the Southern Regional Assembly.

Cllr John Sheahan, Cllr Joe Leddin and Cllr Noel Gleeson are the representatives of Limerick City and County Council on the Assembly which meets once a month.

Cllr Gleeson said he intends fighting to protect rural communities and will oppose any proposals to tighten the regulations around one-off houses.

“We will fight this tooth and nail,” he said adding that rural Ireland appears to have been forgotten in the NPF.

He criticised the NPF for prioritising the growth of larger towns and cities at the expense of smaller towns and villages.

“Instead of just preserving towns, the plan should allow them to grow,” he said.

Cllr Stephen Keary, the Mayor of the city and county of Limerick, expressed concerns that rural Limerick will be “decimated” if people are forced to move into the cities.

“People should have a choice to live in the countryside if they want, they shouldn’t be forced to live in the cities,” he said adding that there is “no shortage” of lands which have been zoned for housing in rural Limerick.

Cllr James Collins, who is a member of the board of Limerick Twenty Thirty, expressed concerns the NFP does not tie in with the objectives under the Limerick 2030 plan.

“The net effect of the plan (NPF) will be to limit the population of the city. It’s not as ambitious as the 2030 plan, there seems to be a disconnect”.

Ms Woods confirmed that depending on what decisions are made by the Southern Regional Assembly, the local authority may have to ‘dezone’ some lands in rural parts of Limerick which have been zoned for residential development.

Under the NPF, a population increase of between 340,000 and 380,000 people has been earmarked for the southern portion of the country.

”The Regional Assembly will say where it goes,” explained Ms Woods who said the process is likely to take some time.

Cllr Daniel Butler said the expected population increase over the next two decades is “ambitious” and he commented that under the NPF, elected representatives will have “little or no power” in relation to planning matters.

He said there has to be “responsible planning” and stressed the importance of growing the population of the city centre rather than having urban sprawl.

Cllr Seamus Browne expressed a fear that many smaller towns and villages will be deemed not viable under the NPF and that no housing developments will be approved as a consequence.

“This plan is about forcing people into cities and large towns. I don’t see why we need to pressure people to live in the city centre. People should be allowed to build one-off houses, there are entitled to live in rural Ireland,” he said adding that “those in the Pale don’t have a clue about what’s happening”.

One aspect of the NPF which was welcomed by members of the SPC was to incorporate Shannon in a wider Metropolitan Area Strategic Plan.