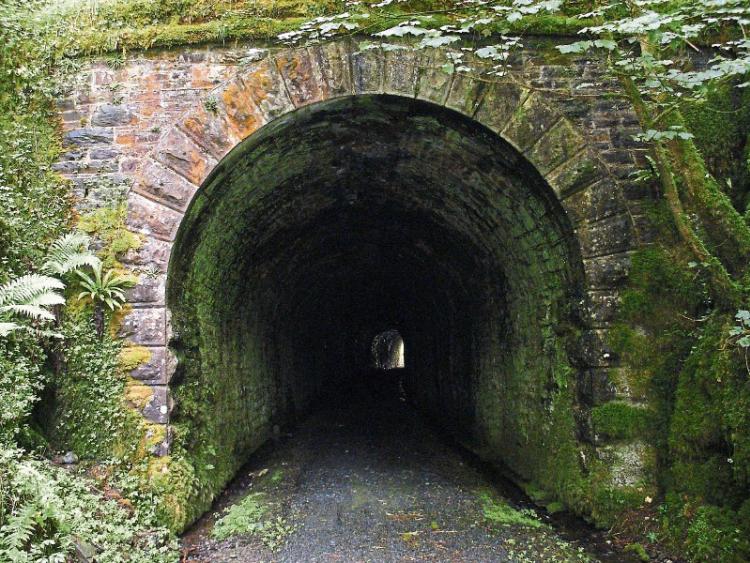 COUNCILLORS who are anxious to see the Barnagh Tunnel linked to the Great Southern Greenway via an underpass of the N21, are now  pinning their hopes of progress on developments over the next few weeks.

In particular, they are anxious that a lower price for the job can be achieved and that the funding can be secured so that work on the  project can begin.

“The next six weeks will tell a lot in terms of what we can get ourselves and in terms of matched funding,” director of services, Gordon Daly told Newcastle West councillors last week.

The underpass project, unveiled last July, was originally estimated to cost €500,000. But tenders for the work came in higher than expected, councillors were told last month and the project was delayed as tenders for the project had to be re-advertised.

A decision on these new tenders has yet to be made.

The project involves inserting a 24m long underpass under the N21 at Barnagh, which would be 3m wide and 3m high and which would relink the Great Southern Greenway to the Barnagh Tunnel and the Barnagh Viewing Point.

The work would also involve upgrading an additional one-kilometre stretch of the original railway line.

If cost is the issue, the most important thing is to get the underpass open, Cllr Collins argued at last week’s meeting.

“The aesthetics can be done later,” he said.

Cllr Seamus Browne pointed out that the Great Southern Trail Group, the voluntary group which had pioneered the greenway project, was very anxious for the tunnel project to progress. “They think maybe a scaled back version might be the way to go about it,” he said.

But Mr Daly advised against any “scaling back” of the project. “I would be slow to scale back,” he said.  The Barnagh Tunnel was a “unique element” of the greenway, he argued.

There are different funding streams out there, which are now starting to emerge, Mr  Daly continued, “We are watching them and seeing where we can fit the greenway in with them,” he said, adding that the next six weeks “will tell a lot” in terms of funding.

But councillors were also anxious to see progress on other elements of the greenway.  Publicity and media attention were what were needed, argued Cllr Michael Collins and he referred to the widespread publicity garnered by the Waterford Greenway. He also asked that attention be given to those sections of the greenway which were “very mucky”.

Cllr John Sheahan also referred to the Waterford Greenway which had been a massive success story.

“Kilmacthomas has been revitalised since the opening of the Waterford Greenway,” he pointed out.

Cllr Jerome Scanlan felt that the council  should consider buying the old station house at Barnagh, which is privately owned, arguing that it would be suitable for a drop-in centre or cafe.

There is no place to stop for a cup of coffee for some 30km, he said and an amenity was needed.

The matter will come before Newcastle West councillors again in June.