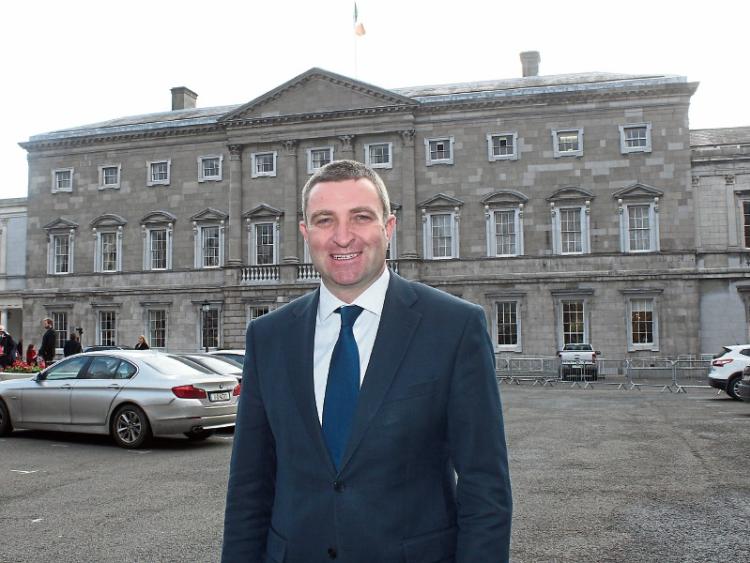 Deputy Niall Collins says the “case of the disappearing superintendent” is an insult to the people of east and south Limerick.

IT HAS BEEN dubbed the “case of the missing superintendent” and Bruff gardai are baffled.

Their “new” superintendent – Niall Featherstone – was due to start in the district on Friday, April 6. As the day progressed rumours spread that he wasn’t coming at all.

It has now emerged that he was reassigned to another district in the country. The Leader understands that preparations were even made for Supt Featherstone’s accommodation in the Bruff area. A query to the Garda Press Office asking what happened went unanswered.

One garda in the district told the Leader it is “actually unbelievable”.

“He was gone before he even came! Welcome to our world of uncertainty and of being rudderless for long periods,” they said.

Since Supt Tom Lundon was transferred to Dublin in October 2011, the area has had three full-time superintendents – Alan Cunningham, Feargal Patwell and William Duane – interspersed with numerous acting superintendents including Inspectors Luke Conlon, Paul Reidy and Dermot O’Connor, amongst others.

Deputy Niall  Collins  said the “case of the disappearing superintendent” is an insult to the people of east and south Limerick.

“It is making a mockery of the Bruff Garda District, which I have to stress is the size of County Louth. Everybody had been told he was due to start last Friday and then we heard on Friday morning he wasn’t coming at all. We thought Supt Feargal Patwell being appointed to Bruff for a few weeks and then being moved to Roxboro was bad. But this is a new low,” said Deputy Collins.

In welcoming the appointment of Supt Featherstone in last week's Leader, Deputy  Collins  said “for too long it’s been a case of musical chairs with this senior garda role”.

“On this occasion he didn’t even get a chance to sit in the chair. He was gone before he even came. The community living in the Bruff Garda District deserve so much better. I hoped this latest appointment would allay concerns people have been expressing but this treatment of Bruff by Garda Headquarters in Dublin shows how little they matter to them.”

From speaking to gardai on the ground, Deputy  Collins said there is “a huge sense of disillusionment” at how they are being treated.

“The Acting Garda Commissioner needs to stop treating this senior garda role, based in Bruff, as a temporary staging post and appoint a person who intends to stay in the area and build up a strong local working knowledge,”said Deputy Collins, who raised the matter in the Dail on Tuesday. He said the U-turn has left the community “flummoxed”.

“It is one of the biggest districts in the country. It has many policing challenges. This has affected morale among gardaí and the area’s communities are worried about not having a permanent officer appointed, who would stay there for a good number of years and get to know them, as opposed to it being treated as a staging post for other appointments. Will the minister see to the need to appoint someone,” said Deputy Collins, who also contacted Garda HR to ask for the “next appointee to be from the area”.

Chief Supt Gerard Roche said he was “disappointed” when he was informed Supt Featherstone wasn’t coming to Bruff.

“I’m quite sure Insp Dermot O’Connor will continue to do a good job and we will wait and see what happens in the future,” said Chief Supt Roche, who added that he will continue to make very strong representations to have a superintendent appointed in Bruff.